Browsing the "No Colors" Tag 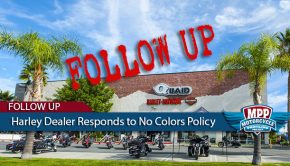 Harley-Davidson Dealer Blames “No Colors or Cuts” Policy on City

Brandon Quaid, Owner at Quaid Harley in Loma Linda, emailed the MPP in response to a recent article relating to "no colors or cuts" at a recent Bike Night 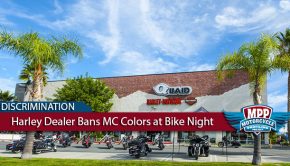 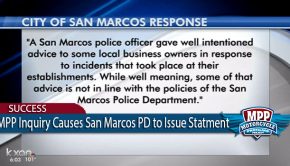