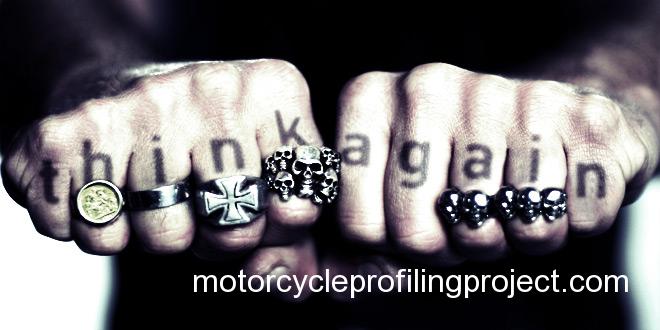 A patch holder from Pennsylvania told me clubs aren’t Boy Scouts for sure. And we can’t act like we are. But we’re not as bad as people think we are.  And we aren’t as bad as cops say we are.

I’ve been around clubs my whole life and I’ve been in an outlaw motorcycle club for over a decade, so I know exactly what he meant when he said clubs aren’t the Boy Scouts. Motorcycle club culture is rooted in rebellion.  Many clubs were founded by individuals returning from war to a general society that had rejected them. But I also understand that clubs aren’t the criminal organizations they have been demonized to be. Unfortunately, the negative stereotype is fueling wholesale discrimination against motorcycle clubs and serious challenges to our way of life. A unified grassroots political response gives clubs the best hope of surviving intact another 50 years.

IT AIN’T THE BOY SCOUTS…. 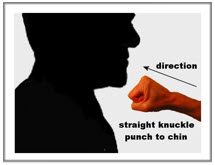 Men returning from war found brotherhood and acceptance in motorcycle clubs and created their own subculture that has survived more than a half-century. Motorcycle clubs come in all types from Christian to outlaw. What makes a club an outlaw club is the level of commitment to the lifestyle, not criminality. Outlaw club members consider themselves professional motorcyclists and enjoy the close-knit and rigid brotherhood clubs provide. The club is a top priority in a member’s life and serves as the primary social community as well.

In most clubs, members are like family. Other members are considered your brothers. Brothers you choose and that choose you. And just like other families, many clubs will do anything to protect their families. So it’s true. Disrespect a man’s family, a serious man, and there will likely be consequences. It might be true that it takes sticks and stones, and that names will never hurt you. But they just might get you punched in the mouth. 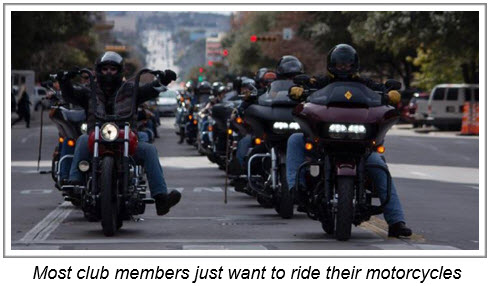 BUT IT AIN’T GANGLAND EITHER

Motorcycle clubs are a far cry from organized criminal enterprises. They are, in fact, constitutionally protected associations. But since their inception, the generally conservative law enforcement fraternity has looked down on clubs as a rebellious fringe community. The history of profiling and discrimination is irrefutable. 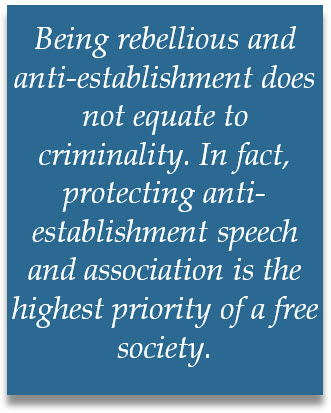 Statistically the stereotype is based on mythology. For example, more law enforcement officers are indicted on felony crimes every year than outlaw motorcycle club members. Most members of outlaw motorcycle clubs do not have criminal records. Many have concealed carry permits issued by the same agencies that turn around and call them gang members. The statistics simply don’t add up to the accusations.

Sensationalism is a powerful tool. Amplify the transgressions of the few in an attempt to define an entire class of people. But it is simply not reality. Not unless we consider all law enforcement to be an organized criminal enterprise. When an officer is indicted for a felony should every officer in their department be treated as a criminal or charged with engaging in organized criminal activity? 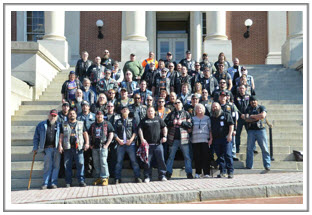 The motorcycle club community, including outlaw motorcycle clubs, are becoming increasingly involved in the political rights movement in an attempt to respond to decades of abuse and discrimination. Club exploits are sensationalized and overblown by an opportunist news and entertainment media telling stories that sell more advertising. Only a unified and mobilized club community has a chance of turning the tide of public perception.  Only a unified movement can generate the people power required for grassroots legislative change. 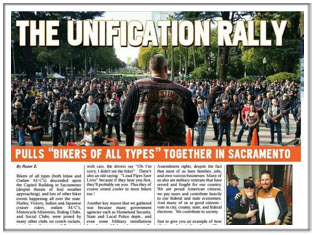 Motorcycle clubs are under attack from a public relations and law enforcement perspective. This seems rather irrefutable. But there is power in numbers.  Where clubs have unified real change has occurred. Knowing all of this, is there any other logical choice but to unify for our mutual survival?