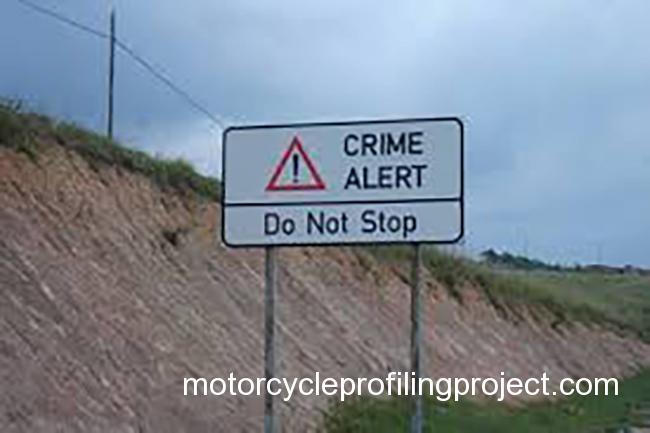 The “Fear of Crime” has been used by law enforcement and government as a strategy to justify abuses of discretion and punitively targeting marginalized communities for decades. The actions of law enforcement towards motorcycle clubs is a clear example. The attempt to spread fear about motorcyclists in the minds of the general public through outrageous claims and sensationalized rhetoric is undeniable. (see How Waco Is Being Used To Decimate The 1st Amendment ).

WACO AND THE FEAR OF CRIME

The Waco incident has afforded a new opportunity for law enforcement to vilify an entire class of people based on the actions of the few. Law enforcement’s attempt to spread fear following the Waco shooting is both deplorable and false. Many news outlets reported that police “received credible reports” that “biker gang leaders” issued orders to “kill anyone in uniform.” The idea that any club would “green light” or give orders to “kill anyone in uniform” is both absurd and upsetting. These reports and assertions are based on absolutely nothing.

There is zero substantiation for any threats being made. In fact, a national officer from the Bandidos Motorcycle Club strongly denies claims by police that “biker gangs” involved have been ordered to “kill anyone in uniform.” Yet police also issued a bulletin warning all motorcyclists to stay off the streets of Waco because they couldn’t distinguish between a biker and those bent on criminality. (see How Waco Is Being Used To Decimate The 1st Amendment ). And if you think a current member is biased, even former members in bad standing publicly confirmed that these claims are ridiculous.

Claims of retaliation are irresponsible fear mongering, stereotyping a large community based on nothing real. But the implications of fear are real. Lives can easily be extinguished when those with assault weapons have convinced themselves, and everyone else, that bike clubs are a legitimate threat to society. This is obviously not true. A claim without a warrant is not valid. But it is the story being repeated everywhere. And it must be disputed across the board.

The impact of post-Waco fear on policing of motorcyclists is irrefutable.

These are but a few examples demonstrating how law enforcement is using Waco to justify more punitive and discriminatory policing tactics against motorcyclists. There is a laundry list of incidents growing daily. And there is a repetitive theme. Military style police actions targeting motorcyclists based on nothing more than stereotype and fear with zero reasonable suspicion or probable cause to believe that a crime is, or will, take place.

So why do police promote a fear of crime about bikers? What purpose does it serve?  Kenneth Dowler from the Department of Criminal Justice reports, “Researchers argue that public fear and anxiety is inextricably connected with public pressure for solutions to crime problems.” The result of fear of crime campaigns “increase public pressure for more effective policing and more punitive responses to crime.”  (see MEDIA CONSUMPTION AND PUBLIC ATTITUDES TOWARD CRIME AND JUSTICE 2003 ) 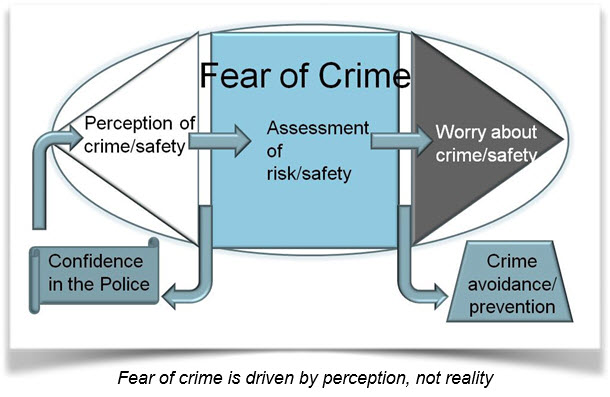 The outcome of public pressure for punitive policies too easily leads to discrimination and targeting.  According to experts in geography and environmental management “crime, violence, harassment and fear have clear roles to play in the spatial and social exclusion of marginalized social groups.” (see Place, social relations and the fear of crime: a review)

This  is undeniably the experience of many communities from ethnic minorities to bikers, and exactly what is happening post-Waco. The fear of crime is “invoked at the level of governance in order to excite fear and promote support for punitive strategies. This notion reinforces the situation of oppressed groups on the boundaries of society.”

In simple terms, the fear of crime makes discriminatory profiling and selective enforcement of the law easier for law enforcement to justify. When the general public is scared of a community it is far easier to isolate and abuse them. This creates a vicious self-perpetuating cycle because the public’s response to fear is a desire for more punitive policing. Law enforcement needs enemies to justify budgets for military-style policing and mega-investigations. Capitalizing on a tragedy like Waco to promote a fear of motorcycle clubs across the board will most certainly yield higher budgets for law enforcement operations targeting bikers.

The only question remaining is what will bikers do about it? The Motorcycle Profiling Project believes that unifying all elements of the motorcycle rights community together for the common purpose of delivering a responsible and effective messages to combat profiling and discrimination, coupled with relief from state legislatures nationwide, may be the best opportunity the motorcycle club community has at surviving another half-century.