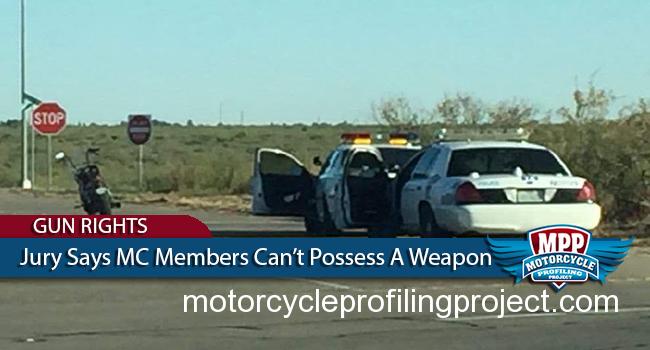 A jury in El Paso, Texas decided Friday that it is illegal for a member of the Bandidos Motorcycle Club to possess a weapon in the state. DT, a member of the BMC in El Paso, was arrested October 16th, 2017 on his way to work for Unlawful Carrying Of A Weapon. Although it was conceded by all sides that DT had no felony record and was not a convicted criminal, the prosecution argued, and the jury agreed, that merely being a member of the Bandidos was enough to consider an individual a gang member prohibited from exercising their 2nd Amendment rights.

DT’s case is just one in a long list of similar incidents. The MPP believes that successful convictions such as DT’s further embolden law enforcement across Texas and other states to continue their campaign to disarm the Bandidos and other motorcycle clubs and their members based solely on association.

DT’s case represents only one case in a lower court. The legality of motorcycle club members in Texas possessing weapons will ultimately depend upon successful judicial opinions at the court of appeals level or higher, setting precedent against what the MPP believes is an unconstitutional application of Texas law.

The attempt to disarm individuals because they belong to an organization in which other members have committed crimes, regardless of personal guilt, is an extremely dangerous slippery slope that could ultimately impact many sectors of society far beyond motorcycle clubs. 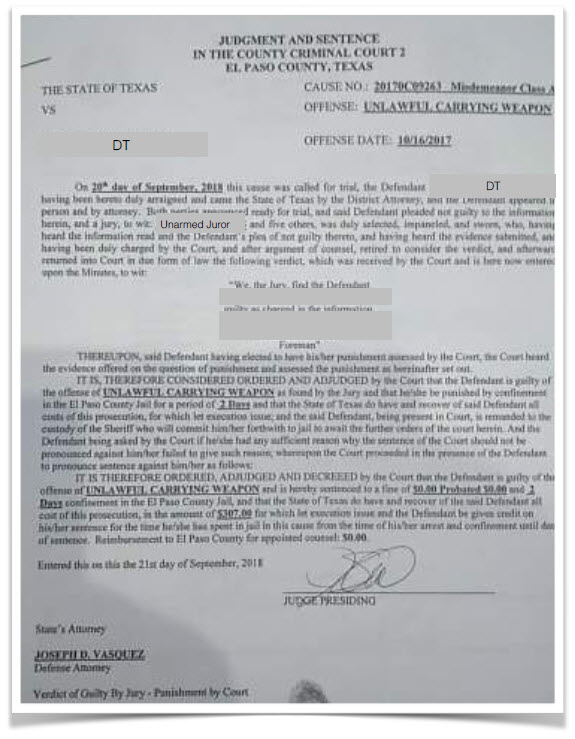 DT was on his way to work last October when he was pulled over for a traffic infraction. When the El Paso officer asked whether he was carrying a weapon, he indicated he was legally transporting an unloaded firearm. DT does ranch work, and ranchers often carry firearms to defend against predators and snakes threatening livestock.

DT was informed that it was illegal for a member of the Bandidos to possess a weapon in the state of Texas because they were considered a criminal street gang. He was charged under Texas Penal Code Sec. 46.02, UNLAWFUL CARRYING WEAPONS. He paid a $1,500 bond and was released.

Until this incident, DT had no criminal record – other than a DUI a decade ago. He is a combat veteran, serving in the Army, 1st Calvary Division for 5&1/2 years, 2 of them in Iraq.

DT went to trial last Thursday, September 20th. The argument on both sides was fairly straightforward. He explained to the MPP, “The state is trying to just simply say me being a member of the Bandidos MC is enough to justify me being a gang member. My defense is saying they have to show me specifically [involved] in acts to prove me…a gang member.”

The next day, the jury deliberated and agreed with the prosecution. In this jury’s opinion, being a Bandido is enough to prohibit an individual from legally possessing a weapon in the state of Texas, even if the individual has no criminal record.

What Does DT’s Case Mean For Everyone Else?

But even if this trial doesn’t set precedent, this conviction is likely to embolden law enforcement to further embrace this tactic in El Paso and across the state of Texas. As reported directly to the MPP from victims of blatant and obvious mass profiling, the same day the jury in El Paso handed down a guilty verdict, members of another 1% club having a gathering at the Stockyards in Fort Worth were warned that it was illegal for members of motorcycle clubs to possess weapons in Texas even if those members held valid CWP’s.

Indeed, the Motorcycle Profiling Project has repeatedly reported on the rising trend in some states to revoke the Second Amendment rights of MC members, and how MC members are being arrested for unlawful carry without legitimate cause. The MPP has even issued a travel advisory warning all motorcycle club members of what the MPP believes is an unconstitutional application of Texas law.

Why The MPP Thinks Texas Statute is Unconstitutional “As Applied.”

This statute as it is being applied violates fundamental 1st Amendment liberties and the doctrine of personal guilt. To permit the government to impose restrictions on any person “who wears the insignia of [a motorcycle club], without regard to or knowledge of that individual’s specific intent to engage in the alleged violent activities committed by other members, is antithetical to the basic principles enshrined in the First Amendment and repugnant to the fundamental doctrine of personal guilt that is a hallmark of American jurisprudence.” see Coles v. Carlini 162 F.Supp.3d 380 (2015)

But that is exactly what is happening in Texas. The idea that the government can impose a restriction such as prohibiting the right to posses a weapon in a shall issue state, based solely on association, is completely inconsistent with constitutional principles.

Properly applied, wouldn’t the state have to show that an individual specifically participated in the criminal acts referenced? This interpretation of Texas Penal Code Sec. 46.02 would both preserve the 1st Amendment right to associate and the doctrine of personal guilt.

Why This Could Mean The End of Clubs As We Know Them?

If this trend continues in Texas, California, and New York, how long before it spreads to other states? If gang laws themselves are any indication, the tactic could spread coast- to-coast.

According to the National Motorcycle Profiling Survey 2017, 99%+ of MC members strongly support the 2nd Amendment and only 2% of the members of even 1% clubs have a felony record. How many individuals that currently have a legal right to posses weapons would knowingly sign away those rights to join a motorcycle club?

And the potential implications extend far beyond the MC community. Every American should pay attention and be extremely concerned. “In a very real way, the fate of motorcyclists will serve as a blue print for other groups in the future. Disarming bikers, even those associated that have no criminal records of any kind, is a strategy to cripple the rights base of one of the most visible and active grassroots social and political movements in America.“

If you’re in a motorcycle club this does not sound far-fetched because it’s happening now. If you’re not in a motorcycle club, do you know someone who is? That’d make you an associate. And even if you don’t associate with MC members, it’s important to understand that protecting the most subversive speech and associations is the highest constitutional priority on which all other expression and associational rights depend upon.

“Doubtlessly, dictators have to stamp out causes and beliefs which they deem subversive to their evil regimes. But governmental suppression of causes and beliefs seems to me to be the very antithesis of what our Constitution stands for. The choice expressed in the First Amendment in favor of free expression was made against a turbulent background by men such as Jefferson, Madison, and Mason – men who believed that loyalty to the provisions of this Amendment was the best way to assure a long life for this new nation and its Government…. The First Amendment provides the only kind of security system that can preserve a free government – one that leaves the way wide open for people to favor, discuss, advocate, or incite causes and doctrines however obnoxious and antagonistic such views may be to the rest of us.” 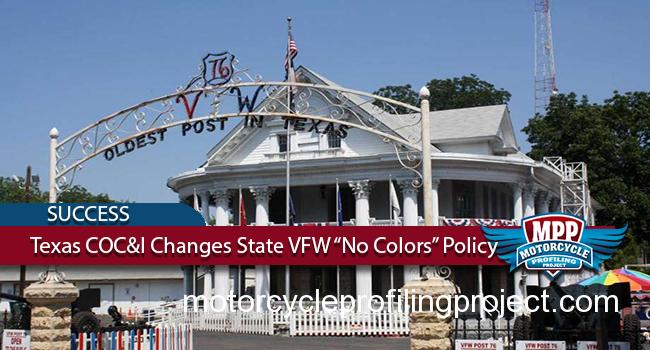 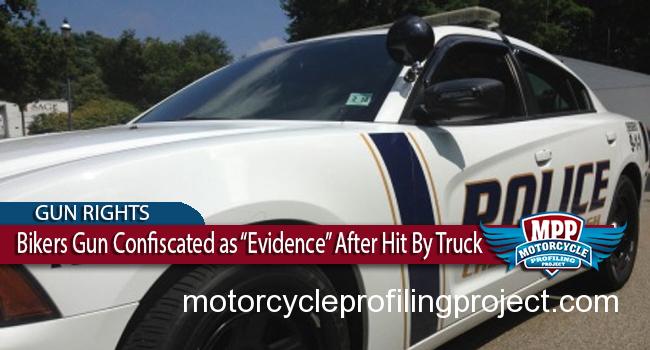 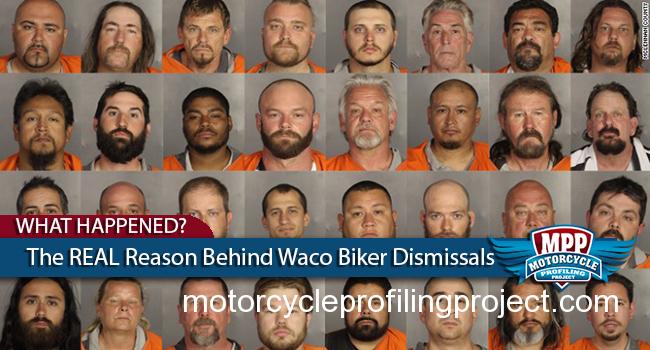