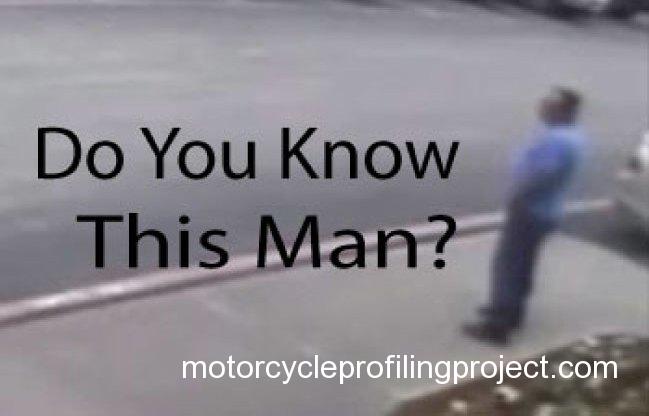 The leaked video from the Don Carlos parking lot capturing a small piece of the conflict in Waco may not show us exactly what transpired on May 17th, but it very well may reveal the key witness and what triggered the shooting.   The man in the blue shirt must be identified.

The leaked video shows a man in a blue shirt surveying the Twin Peaks parking lot and the bikers gathered there.  He does not look like a patron waiting for a table or taking a break from a meal. This man is completely absorbed in observing the gathering and appears completely focused.

This man had a direct view of the Twin Peaks parking lot. He had been standing there for a long amount of time before the shooting started. He could describe the scene from the perspective of an extremely focused individual.  This man arguably has the most comprehensive account of the event as it unfolded into gunfire.

Most concerning is the fact that the man in the blue shirt irrefutably signals a person (or persons) in the Twin Peaks parking lot immediately preceding the start of the shooting by tapping his head with his right palm three times. (12:40:58/59) He then turns and runs into the front door of the Don Carlos after the shooting begins. This signal is deliberate. It is beyond coincidence that shooting immediately followed this signal.

Here is an edited version of the leaked video. Showing that some time elapsed between the black SUV and the apparent signal (further discrediting his signal as the universal “biker code” for law enforcement presence).  After the Man in the Blue Shirt signals he appears to lift his head to get a better view of the Twin Peaks parking lot, just before running into Don Carlos after the shooting began.

The man stays on the scene at Don Carlos for the remainder of the video. He emerges once, talking on the phone before he hangs up and converses with uniformed law enforcement in the Don Carlos parking lot. (13:31:23). He then disappears inside Don Carlos and never emerges again.

Knowing who this man is will tell us exactly who he was signaling that day. Was he signaling bikers or law enforcement?

Based on observation, it is unlikely he is a biker. He does not look like a biker. The other bikers on the scene that day had on biker related attire. Also, he remained at Don Carlos long after other patrons had left the scene and engaged in conversation with officers after the shooting. It seems far more likely that this man is related to law enforcement. And if this is true the implications are obvious.

But until this man is identified it is impossible to determine with certainty what role his signal played in the tragedy at Twin Peaks. But when he is identified, we may very well find out who is responsible for triggering the shooting in Waco.