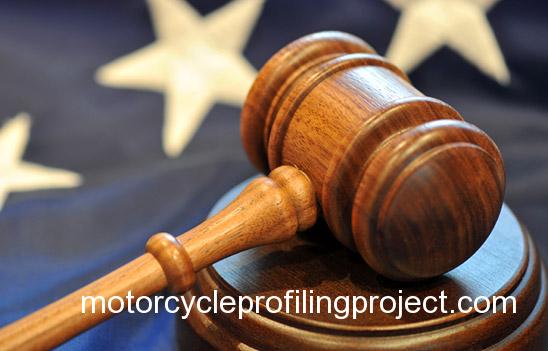 How fear and misinformation causes mass deprivation of freedom and liberty.

The Salem Witch Trials of 1692 have served as an historical reminder of the importance of Due Process to the preservation of a free society for over 300 years. Utilizing fear as a justification, and the hysteria created by that fear, over 100 individuals were arrested for witchcraft and more than 20 people were hanged or pressed to death without the protections of the Bill of Rights.

More than 100 years later, the Framers of our Bill of Rights recognized that the use of threats to coerce people into not remaining silent “makes a mockery of the criminal justice system.”  Unless the accused were protected against coercion through the “deprivation of liberty, or psychological intimidation, the rights of the individual citizens to be free from arbitrary power of the  government simply did not exist.”

Although most Americans understand the Salem Witch Trials as an unjust deprivation of liberty, this understanding has unfortunately not resulted in safeguards sufficient to prevent fear from being used to justify comparable violations of Due Process.  The era of McCarthyism is a too recent reminder of the power and ability of hysteria to override liberty.

The mass arrest of more than 170 people in Waco represents a modern day witch trial being justified through a false and irresponsible law enforcement and media narrative that is attempting to use fear and hysteria to justify blatant Due Process violations.

The false narrative is attempting to use fear to overwhelm the fact that every arrest was based on an identical generic warrant containing zero individualized or specific evidence establishing probable cause beyond expression of membership in a club.

Every individual was also given identical $1 million dollar bonds based on the belief that those arrested were not being cooperative.  Bonds were intentionally punitive, regardless of the fact that the right to remain silent is the cornerstone of the 5th Amendment and punitive bail is a violation of the 8th Amendment. Bonds are intended to help ensure attendance at required court appearances and reduce the risk of flight. They are not intended to force cooperation.

In order to promote fear and hysteria, law enforcement irresponsibly released unsubstantiated statements that bikers have issued a “green-light” to kill “any uniformed officer” in Texas even though these claims are patently absurd. Law enforcement also falsely reported that the gathering was a gang meeting to discuss turf even though it is fact that it was a political gathering solely intended to discuss legislative matters.

In the short-term, fear-based misinformation is highly effective at hiding facts because of the instinctual response of most uninformed people when they are scared. Many are willing to sacrifice liberty for safety, That is why there has not yet been mass outrage outside of the motorcycle club community.  But as time passes, as the fear driven tactics become more transparent, and as May 17th is properly viewed from the conceptual framework of Due Process, there will be a revision in perspective from almost everyone, including non-motorcyclists.

If history is an accurate guide, many mass deprivations of Due Process like the Salem Witch Trials are eventually understood as unjust actions based on hysteria.  Unfortunately, the process of revelation, if not sped up, can take many years compared to fear which is immediate and spreads rapidly. Even if eventually exonerated, individuals lives are ripped apart emotionally, physically, and financially.

So how does one contribute to speeding up the process of re-framing the Waco discussion to focus on issues of Due Process?  Expose the unjustified fear through personal discussions and social media. The personal is political. Every mind that is changed brings us a step closer.  Remind those you communicate with that fear has too often been used to justify gross abuses of the criminal justice system.  It was a fear of witchcraft that was used by authorities to create enough hysteria that people accepted mass arrests and executions of their own people without a semblance of Due Process.

The actions of the few should never be used to justify targeting an entire class of people based solely on appearance, expression, or association. Certainly most law enforcement would prefer to not be defined by the undeniable and highly publicized examples of police corruption and criminal RICO indictments.

Initially, the narrative that there would be a larger gang war following Waco, one in which civilians were at risk and even uniformed officers were being targeted, was used in an attempt to sway public opinion through fear in order to justify obvious mass Due Process violations. This narrative was also used by law enforcement coast-to-coast to justify discriminatory targeting of clubs and political gatherings.

But as the event in Waco begins to be exposed, as innocent individuals are released on drastically reduced bonds and begin to tell their stories, the issues of Due Process have started to compete with the fear driven law enforcement narrative.

A competing perspective is emerging that frames the discussion in terms of the civil liberties of the innocent. The American system of criminal justice, when functioning properly, understands that the ends do not justify the means. The suffering of even a single innocent far outweighs the public interest in punishing the guilty.  In fact, this was the philosophy that ultimately ended the witch trials in Salem.

Increase Mather, president of Harvard College, urged that the standards of evidence for witchcraft must be equal to those for any other crime, concluding that “It would better that ten suspected witches may escape than one innocent person be condemned.” Amid waning public support for the trials, Governor Phips dissolved the Court of Oyer and Terminer in October and by that May Phips had pardoned and released all those in prison on witchcraft charges. (See http://www.history.com/topics/salem-witch-trials)

The narrative of the innocent is based in truth and is a linchpin to a free society. Every person that talks about, writes about, and discusses the gross violations of Due Process in Waco helps extinguish the fear that allows witch trials to happen in the first place. Remember that the personal action has political implications. Every person you talk to brings us one step closer to the critical mass required to change public opinion and generate the necessary pressure to end the suffering of innocents in Waco.