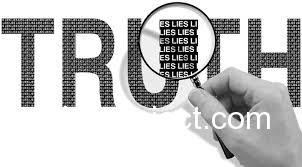 There is a war of words being fought in the media to correctly frame the discussion about Waco (and motorcycle clubs generally) in the face of initially inaccurate claims followed by secrecy and silence.  Although many in the motorcycle rights movement feel that the tragedy in Waco has set the movement back years, I believe that this is only true if the motorcycling community fails to support and deliver a unified response.  A unified movement can more effectively build broader coalitions with members of the general non-motorcycling public.  And the issue of abusive and discriminatory law enforcement impact a broad range of Americans. Support from the general public inarguably increases the chances of successfully obtaining relief from the democratic process.

The obvious and massive incompetence and corruption of the Waco authorities (see The Lie That Caused 177 Arrests In Waco) provides an opportunity to draw a bridge of commonality with the general public at a time abuses of law enforcement discretion are a virtual epidemic in America.

The laundry list of civil liberty violations and procedural incompetence displayed by Waco’s criminal justice system is shifting the original gang warfare narrative based on sensationalized hyperbole to the narrative of due process and systemic abuse. Unifying the motorcycle community behind this extremely persuasive reality is an opportunity to connect with the general public and the mindset of average Americans.

Preventing the suffering of innocents is more important than any compelling state interest to prosecute the guilty. This is the cornerstone of a free society and a democratic criminal justice system. The details and actions of the guilty have yet to be disclosed, but the civil liberty concerns at issue are irrefutable and based on fact. (see Waco And The Blackstone Ratio)

WHERE DOES THE WAR OF WORDS STAND?

Although much of the criticism of Waco is being expressed by motorcyclists, there has been little to reveal the perception of everyday people that don’t ride motorcycles or have familiarity with motorcycle clubs.

The Motorcycle Profiling Project (MPP) believes that general public perception can be critical to the success of motorcycle rights initiatives. Legislators respond to their constituents. (See What It’s All About) If even non-motorcycle riding constituents perceive law enforcement practices as overreaching and discriminatory, it is far more likely that a lawmakers will be open to legislative relief.

So what is the general public perception relating to Waco?  Is the general public more persuaded by law enforcement’s attempt to instill fear or are they more concerned with blatant Due Process violations, innocents suffering, and corruption in the criminal justice system?  Has the lack of disclosure on the part of government officials led to a general public distrust?  Do people think that the police were over-militarized in their response?

Although there is no solidified survey or statistics available, letters like the MPP recently received seem to suggest that the law enforcement narrative fails to resonate with many that don’t ride, but are paying close attention in Texas.  Scott Steele, a non-motorcycling American and Texas citizen, expressed the following concerns:

“I have followed the incident in Waco since it happened, and even though I am not a rider, I feel that you gentlemen have been given a raw deal. Too much does not add up correctly. From different accounts that I have read it seems plausible that the shooting “could” have been started by several of the police located inside the bar. For what reason, I do not know, unless the government is simply trying to test it’s muscles in a rural setting. Anyway, know that there are a lot of people in SE Texas who feel as I, you got screwed.”

The lack of disclosure and communication about Waco has created a general feeling of distrust and suspicion.  Even non-club members notice that the blatant contradictions and misinformation being released by authorities have created more questions than answers.  And even when it has become clear that many were arrested for merely being present at a political gathering, authorities still staunchly defend clear Due Process abuses.

IMPORTANCE OF CONNECTING WITH THE GENERAL PUBLIC

As motorcyclists, we spend a lot of time communicating with each other about issues that impact our community. It’s time to expand that radius and begin reaching out to the non-motorcycling world and the general public in order to combat stereotype driven perceptions and law enforcement abuses that impact people in many walks of society.

Educating people about the motorcycle rights movement and how the issues motorcyclists face relate to them is an excellent way to build broader coalitions. The movement to end militarized policing, for example, is an issue that impacts everyone from the family watching paramilitary police in fear, to the discriminatory targets of the unjustified force. And everyone also understands that free societies do not sacrifice the liberty of innocents in order to punish the guilty.

There are an estimated 10 million motorcyclists in the United States. So every motorcyclist knows many individuals that don’t ride.  Basic civil liberties of innocents have been ignored and stepped upon by the criminal justice system in Waco. Every motorcyclist should make it a priority to educate as many non-motorcyclists as they can about this abhorrent miscarriage of justice. Stick to the facts. Stick to what we know.

I think a lot more of the general public, if effectively exposed to these truths, would be outraged and disgusted at:

The potential civil liability exposure to the city of Waco is limitless. As the gross negligence of Waco’s law enforcement and criminal justice system is exposed, the opportunity to overwhelm their false narrative becomes more likely.

Drawing this bridge to the general public can in fact reinforce the necessity and urgency for laws required to protect an entire class of Americans defined through expression of legal associations.  If the motorcycling community acts responsibly to this crisis by unifying behind a factual narrative that the general public relates to, then the probability of passing motorcycle profiling laws across America arguably becomes more likely, not less. The power of people utilized correctly creates the potential to use the tragedy in Waco to accelerate the motorcycle rights movement and help secure the adoption of motorcycle profiling laws coast-to-coast.
Source: MCPP WP old