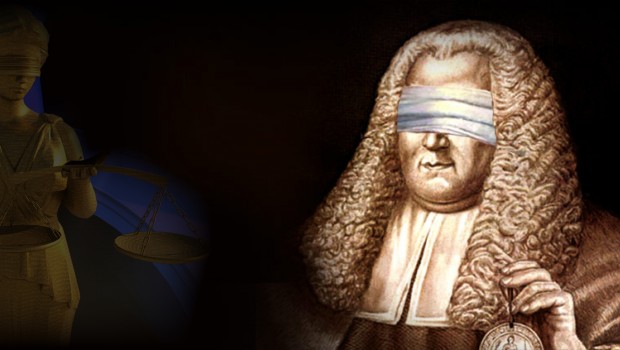 Waco Bikers And The Blackstone Ratio

“All presumptive evidence of felony should be admitted cautiously; for the law holds it better that ten guilty persons escape, than that one innocent party suffer.”

Why Do The Due Process Concerns Of Innocents Outweigh The State Interest Of Convicting Those That Are Responsible For The Shooting In Waco?

The Blackstone Ratio, a concept attributed to a famous jurist of the 1860’s named Sir William Blackstone, is commonly accepted as a cornerstone of civil liberties and a free society.  Closely related to the idea that an individual is innocent until proven guilty, the Blackstone Ratio means that democratic societies do not sacrifice the liberties of the innocent in order to punish the guilty. Democratic societies accept that prioritizing civil liberties of individuals means some guilty people will escape justice in order to preserve a free society.

In a totalitarian society the opposite is true. Totalitarian governments consider the state’s interest in punishing criminals more important than the collateral damage created by innocents suffering in the process. Totalitarian governments believe that casting dragnets to capture the guilty is justified because it is motivated by the goal of reducing crime and insuring the safety of its citizens.

Certainly it is true that all governments have a compelling state interest to reduce crime and punish the guilty. This is even true in democratic societies. It is even reasonable to say that this interest is based on the belief that people in society have the right to be safe from criminal activity. But the state, in an attempt to accomplish its interests, will eventually come in conflict with personal liberties. So how does the American democratic system determine which interests are more important?

Oftentimes rights come in conflict and compete for priority. When they do, the American criminal justice system says we must balance these rights based on the intent and purpose of the Constitution and the impact on civil liberties generally.  The Bill of Rights irrefutably places critical priority on the sanctity of individual rights over draconian police arrests and incarcerations justified by state interests like reducing crime or general public safety.

There is no better example than Waco to demonstrate how the state’s interest in punishing the guilty has come in conflict with the civil liberties of innocents and potential eyewitnesses. Regardless of what the currently unreleased facts ultimately reveal about what happened in Waco, it defies reason to assert that more than 170 individuals could possibly have committed a crime or be deserving of $1 million dollar bonds.

As has been widely reported, the Waco PD made it very clear that many of the more than 170 individuals arrested were arrested because of their associations with motorcycle clubs allegedly involved in the Waco shooting. There was absolutely no evidence specified, other than mere organizational association, establishing particularized or specific probable cause for any of the individuals arrested.  This is evidenced by the fact that every single arrest was based on an identical and generic fill-in the name affidavit.

It has also been made clear, in complete violation of an individual’s 5th Amendment right to remain silent, that prosecutors and judges imposed $1 million dollar bonds on every individual arrested based on the gravity of the crime scene and the non-cooperation of those arrested. Bail is intended to insure that an individual does not flee. It is not intended to be a punitive measure. And the right not to be forced into statements of self-incrimination is elementary, understood by almost everyone, particularly those that work in the judiciary system like prosecutors and judges.

It cannot credibly be argued that the Waco arrest and punitive bond tactics employed by law enforcement and government authorities is not resulting in the suffering of innocents.  While incarcerated, innocent people are separated from their families, loved ones, employers, and the enjoyment of every civil liberty enjoyed by free citizens.  Many of the accused are still incarcerated.  And even those that have been released had to pay a bond and agree to further restrictions on behavior and associations.

So how should this have been handled?  It’s not my job to decide how law enforcement does its job beyond demanding, and hoping that others demand, that whatever tactics employed respect baseline constitutional principles and individual liberties in order to protect the innocent and the foundations of a free society.

There is a reason the Blackstone Ratio is a critical component of a democratic criminal justice system. Everyone, not just bikers, should be deeply concerned about tactics that cause innocents to suffer. And this is true even if it means the guilty escape prosecution. Sure, rounding up and arresting every biker, or catholic, or Muslim, or teenager with a trench coat, or eyewitness to a crime will most likely include those responsible for the crime being investigated. But these draconian dragnets also ensnare innocent people that suffer from damage to their families, employment, reputations, finances, and the enjoyment of the basic freedoms intended to be guaranteed to every American.

5 Responses to Waco Bikers And The Blackstone Ratio