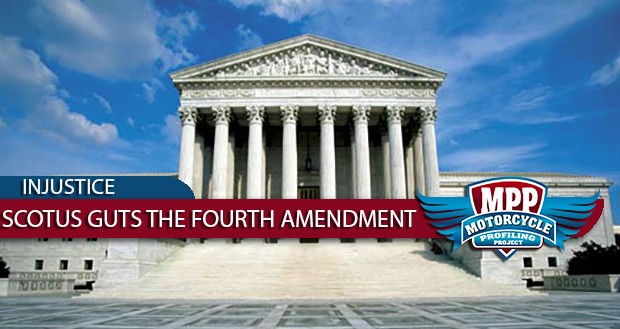 Incriminating evidence found during an illegal stop should be considered fruit from the poisonous tree.  The Supreme Court has long excluded incriminating evidence found as a result of an illegal stop conducted without reasonable suspicion or probable cause.  Over time the court has embraced exceptions to this rule. But recently the court created an expansive exception which gives law enforcement much more authority to search persons stopped for no reason at all. In the words of Justice Sonia Sotomayor, this decision “says that your body is subject to invasion while courts excuse the violation of your rights. It implies that you are not a citizen of a democracy.”  This new exception means that anyone can be stopped at any time, regardless of guilt or innocence.  What can be done? State legislation is one of the only mechanisms available to provide civil liberty protection beyond limited federal minimums.

The U.S. Supreme Court ruled on June 20th that courts need not suppress evidence of a crime obtained through an illegal stop if an outstanding warrant is discovered after the seizure.

The facts of the case: A man named Edward Strieff was seen leaving a location under surveillance for drug dealing based on a tip from an anonymous source. Narcotics detective Douglas Fackrell admitted he had no reason to believe Strieff had done anything wrong. But he still illegally stopped Streiff and detained him while radioing in to check for outstanding warrants.  A warrant for a minor traffic offense came back so the detective searched Streiff and discovered a small amount of illegal drugs.  The Utah Supreme Court threw out the conviction because it stemmed from an illegal stop.

But in a 5-3 decision the majority said that “officer Fackrell’s discovery of the outstanding warrant broke the connection to the unconstitutional stop.”  As a result, the evidence found in the search could be used in court.

Why The Courts Decision Impacts All Americans, Including Motorcyclists

Justice Sotomayor’s dissent explains the dangerous precedent. Police will be able to stop anyone on a “whim or a hunch”. That illegal stop can then be extended to search for a minor outstanding warrant, a warrant that the police officer didn’t know existed before the illegal seizure. A warrant obtained as a direct result of an illegal stop which can then be used to conduct a search and obtain incriminating evidence.  Previous to June 20th, evidence obtained in this way could not be used in court.

The impact of the court’s decision is staggering and impacts MANY Americans. Justice Sotomayor noted that state and federal databases say “there are more than 7.8 million outstanding warrants, the vast majority of which are for minor offenses. In New Orleans, a third of the 60,000 arrests in 2011 were of people with outstanding traffic or misdemeanor warrants for infractions such as unpaid tickets.”

In some communities the vast majority of people have outstanding warrants. NPR reported on June 20, 2016 that “in Ferguson, Mo., a town with a population of 21,000, 16,000 people had outstanding warrants — in one case for failure to feed the meter with enough quarters, according to the Justice Department.”

“We must not pretend that the countless people who are routinely targeted by police,” are, as the majority maintains, “isolated” cases, says Sotomayor. “They are the canaries in the coal mine” who warn us that “unlawful police stops corrode all our civil liberties. Until their voices matter too, our justice system will continue to be anything but.”

What Can Be Done To Preserve Eroding Liberties?

The answer to an expansive rights base resides in state legislatures and state constitutions. State lawmakers have the power to pass legislation that provides more protection than federal minimums as interpreted by the Supreme Court.

State laws prohibiting illegal stops and providing exclusion of illegally obtained evidence, including relief for victims, would provide protection now unavailable at the federal level. Laws prohibiting motorcycle profiling are an example of such state protections. Supporting motorcycle rights organizations and events is one of the best ways motorcyclists can have a direct impact on state legislation.

Remember, there is no democracy without participation. Silence is consent. 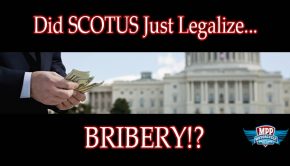 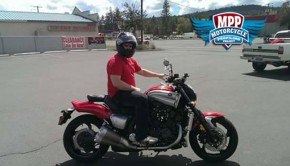 How Officers Get Away With False Arrest → 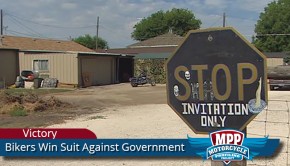 Why the Brother Speed MC Victory is So Important →