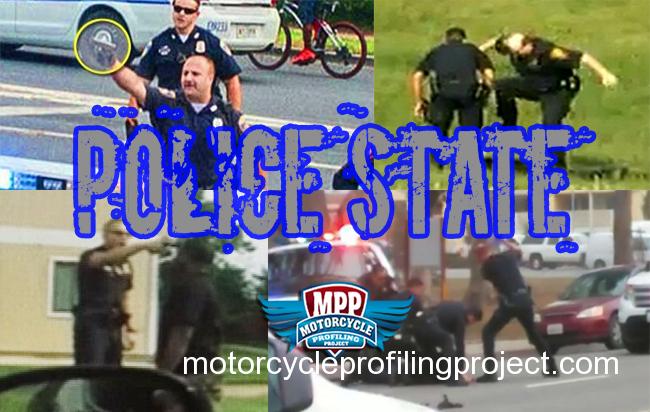 In response to House Substitute for Substitute Senate Bill 18, which would exempt police vehicle and body camera footage from the Kansas Open Records Act (KORA), essentially hiding police misconduct, the Kansas Confederation of Clubs (KCOC) has issued a press release opposing this provision.

The Motorcycle Profiling Project agrees with the KCOC. There are valid concerns with such an exemption. Video footage of police performing their duties can be key to accountability and public policy.  A global exemption would prevent exposure of police misconduct to the media and general public.  This information is absolutely critical to an informed citizenry and to establishing tangible evidence proving a pattern of abusive practices.

This Proposed Law Would Only Serve to Hide Police Misconduct

Supporters, particularly the law enforcement lobby, argues that body and vehicle camera footage should be exempt due to privacy concerns. First, there is clear precedent that an officer has no reasonable expectation of privacy, particularly while performing their duties, in the public domain. (See Manny Garcia v. Montgomery County, MD). Second, redacting any footage that is truly private in nature is already accommodated under KORA.  Third, victims of police misconduct are often stripped of their privacy interests, and oftentimes other constitutional rights, through the actions of officers.

In terms of motorcycle profiling, police vehicle video footage of police misconduct was an important element proving that profiling was occurring in Washington, previous to the state’s law addressing motorcycle profiling adopted in 2011. An anecdotal story rarely has the impact of changing policy. But video validates a story making it undeniable.  Public access to this footage helps inform the citizenry and also mobilizes grassroots legislative movements resulting in positive change.

Freedom of the press is a linchpin of a free and democratic society. The proliferation of video technology has been directly correlated with a massive increase in awareness related to police misconduct. This awareness, magnified by the media, can help shape and motivate public policy. Mandating body cameras for all law enforcement in Kansas can be an excellent tool advancing the interests of personal liberty and police accountability. But this is only true if body camera and vehicle footage is not exempt from KORA.

This is a time when the public should be demanding more accountability, not less.  Democrat Senate member Gail Finney of Wichita says, “Senate Bill 18 was originally brought up to require all officers on-duty, to wear body cameras. But, they gutted the bill.  Now, this bill is about FOIA (Freedom of information) no longer applying to police video. Don’t we want this (video) stuff released to the public? And this amounts to less accountability for law enforcement to the public. With all the police-involved shooting recently across the country, we should be having more transparency, not less.” (as quoted by KSN News, April 15, 2015)

Restricting access to only those individuals that appear on vehicle and body camera footage means than the media will be denied access to much of the footage. What about cases that are settled, many times without fault assigned?  Will not releasing these videos become part of settlement conditions, at least in those cases that can still be proven?

The press has been so heavily protected in order to advance the freedoms of citizens in our democracy.  In the words of Hugo Black, Associate Justice of the Supreme Court of the United States,  “In the First Amendment, the Founding Fathers gave the free press the protection it must have to fulfill its essential role in our democracy. The press was to serve the governed, not the governors. The Government’s power to censor the press was abolished so that the press would remain forever free to censure the Government. The press was protected so that it could bare the secrets of government and inform the people.”  (See New York Times Company v. United States, 1971). 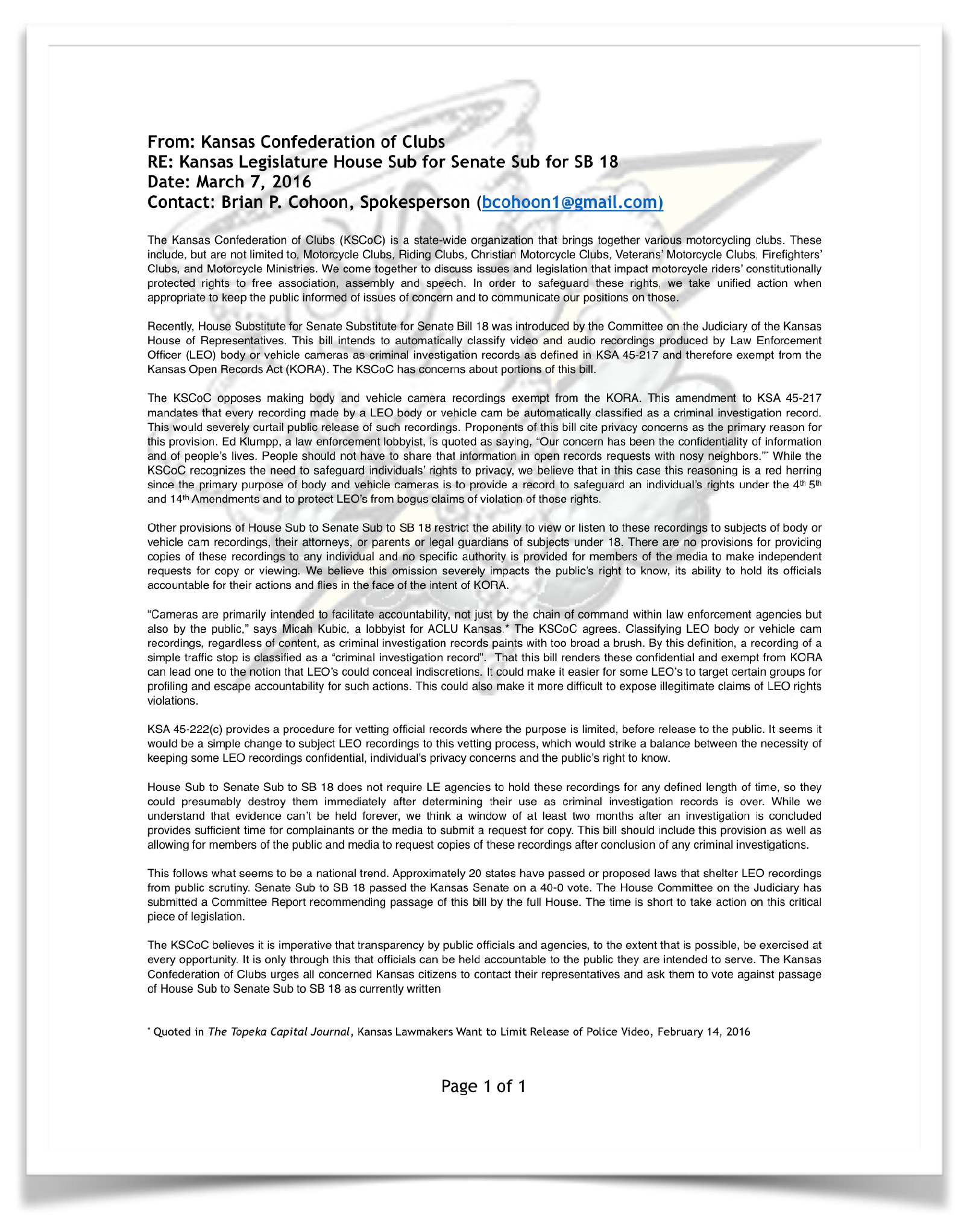 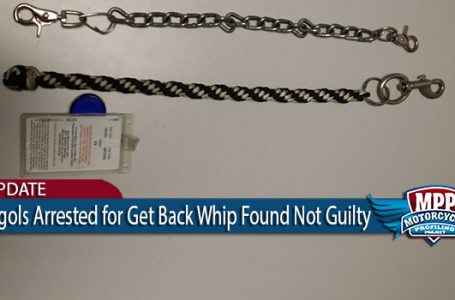 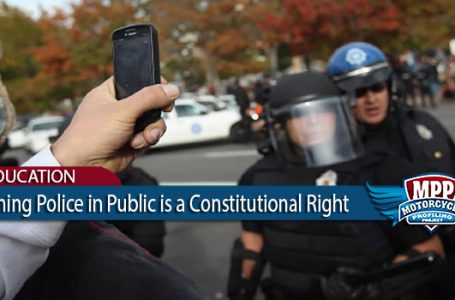 Filming Police in Public is a Constitutional...