Res. 831 is a direct result of the collaborative efforts of the Motorcycle Riders Foundation (MRF), the National Council of Clubs (NCOC), the Motorcycle Profiling Project (MPP), and the National Coalition of Motorcyclists (NCOM). The MRF has taken the lead with feet on the ground in DC demonstrating the value of an established lobbying infrastructure in our nation’s Capitol. The Motorcycle Profiling Project is primarily responsible for policy research, consultation, and substantive analysis. The NCOC is focused on media and public relations at the grassroots and national level. Finally, NCOM has endorsed the unified effort to pass legislation addressing motorcycle profiling at the national level.

Res. 831 represents the first time that these organizations have explicitly collaborated on a federal initiative. In terms of discrimination, motorcyclists, motorcycle rights organizations and motorcycle clubs have far more in common than differences.

Every motorcyclist concerned about the issue should contact their US House of Representatives urging them to co-sponsor and or support H. Res. 831.

You can find your Representative here: 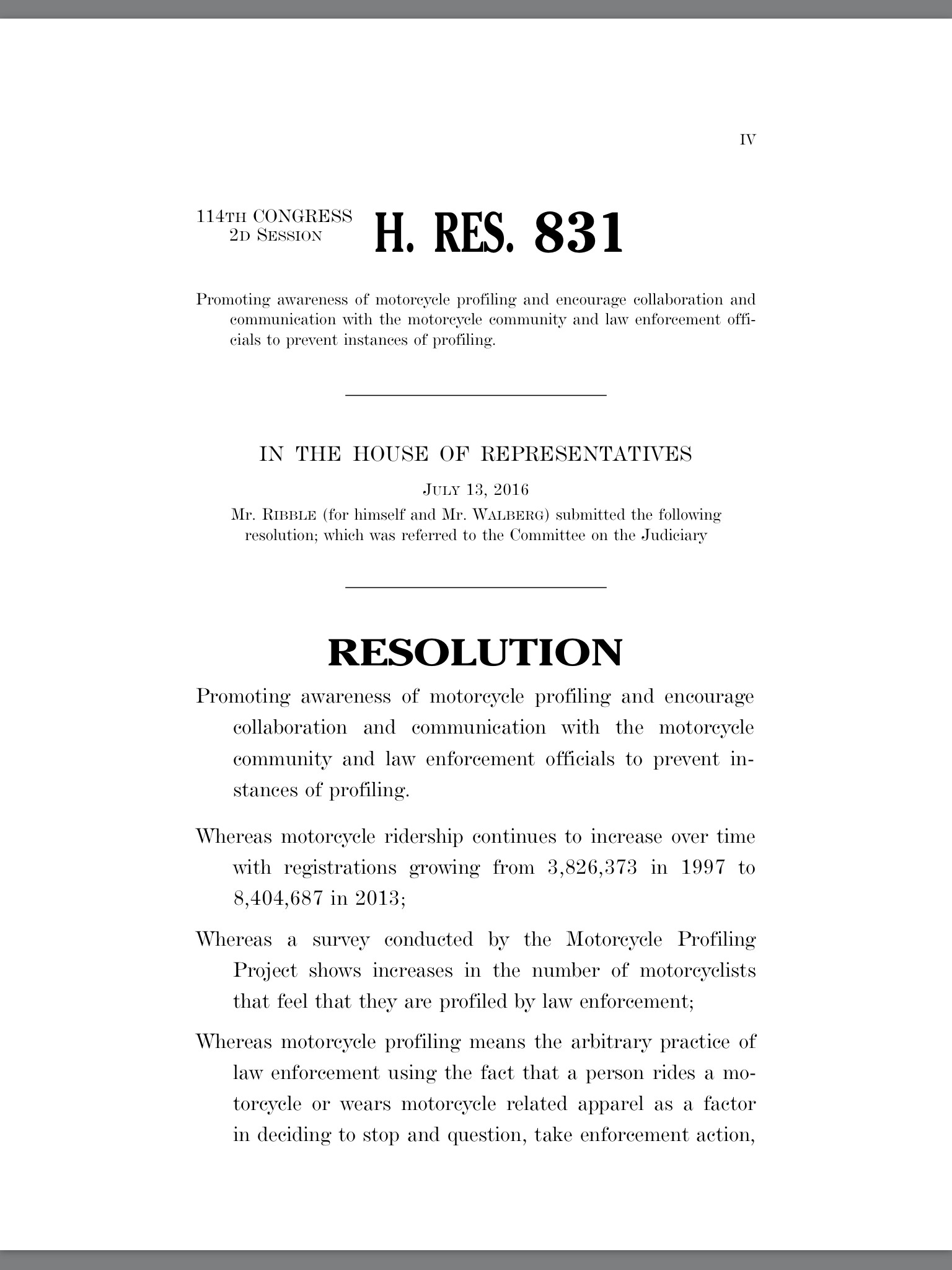 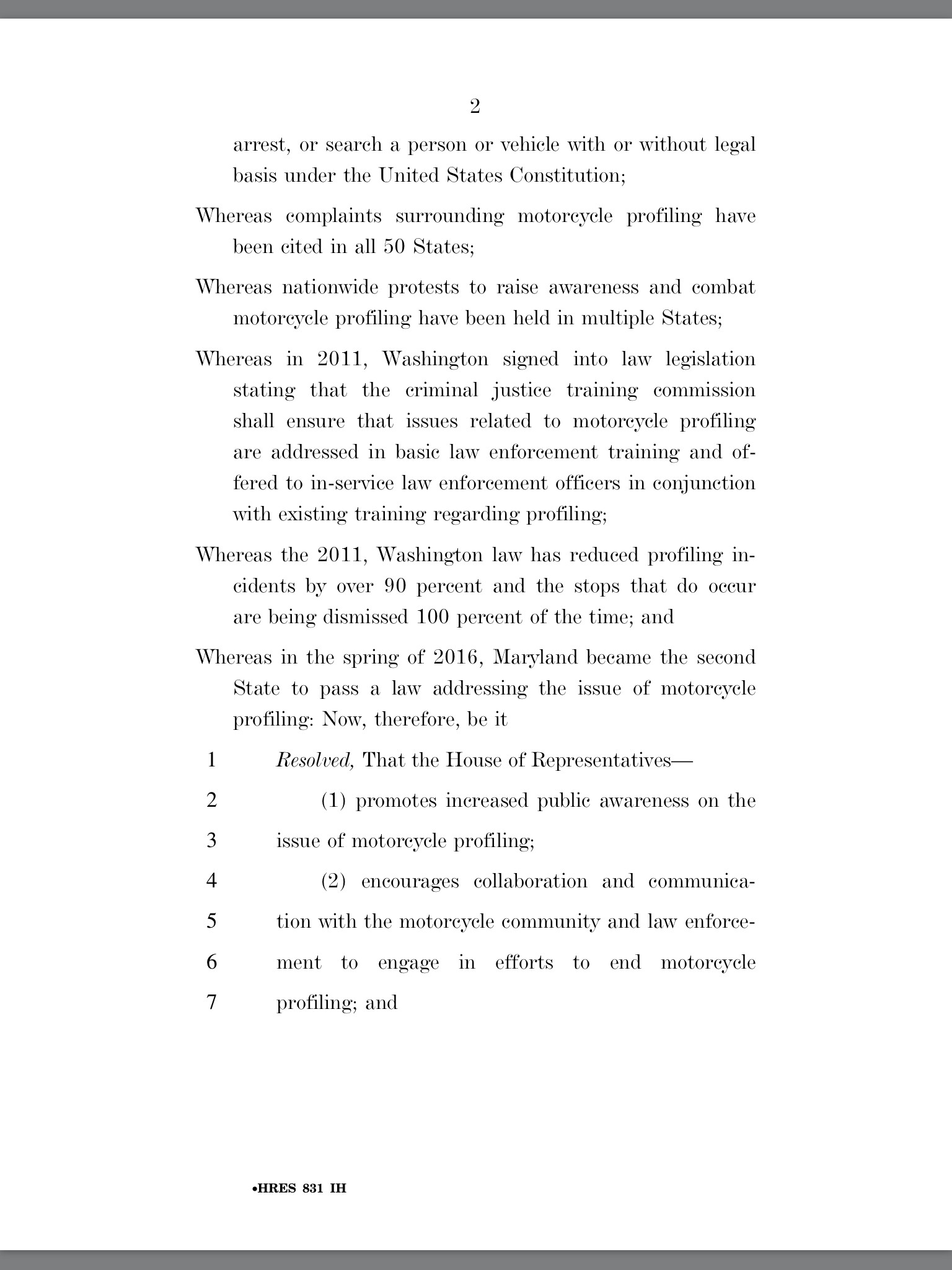 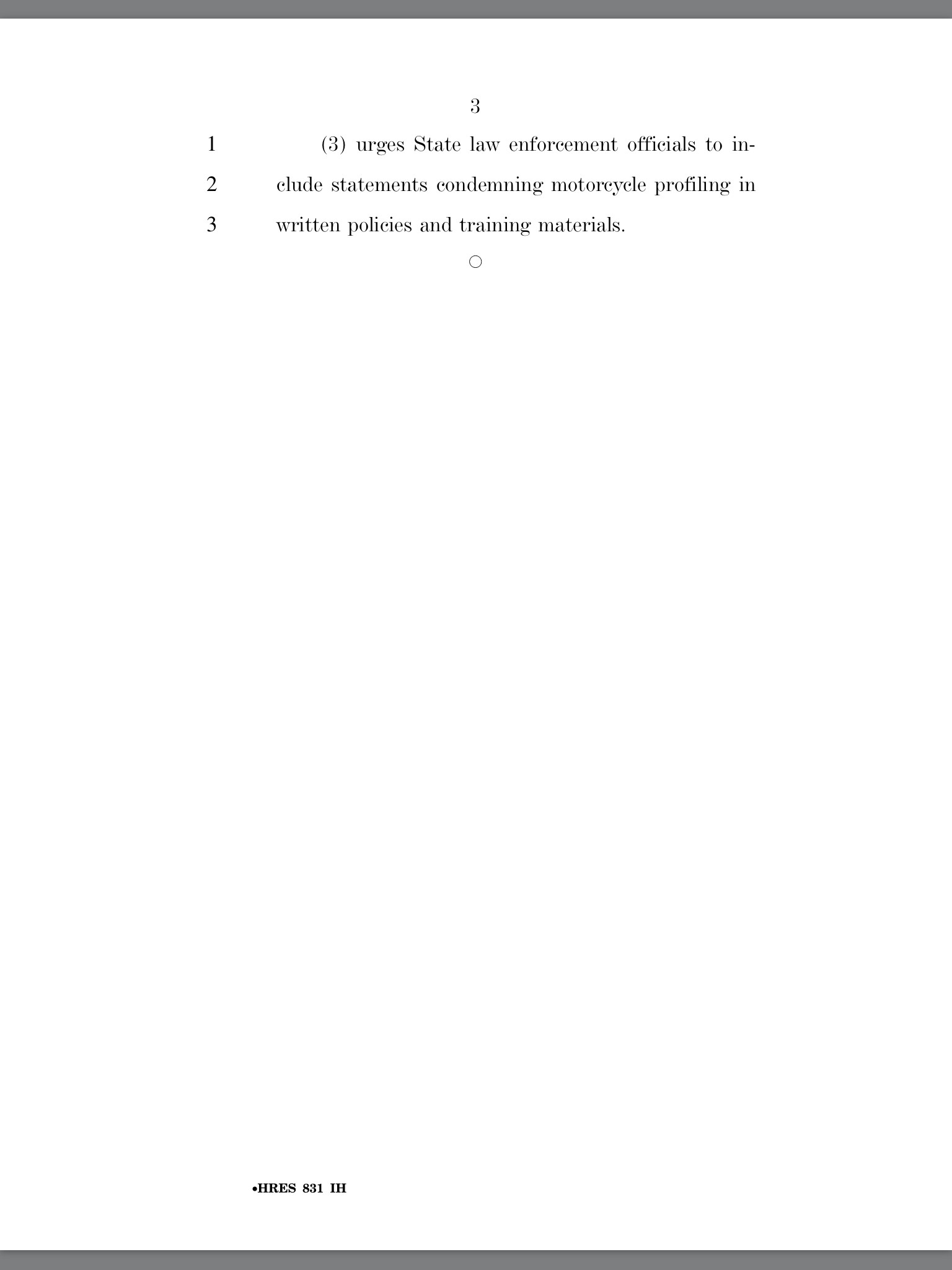