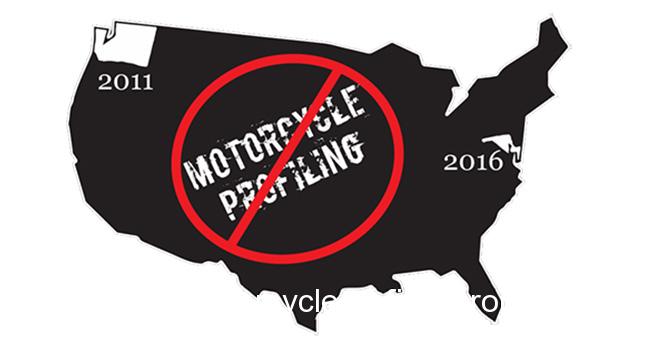 On June 3, 2019 Louisiana became the third state in America to unanimously pass legislation addressing the issue of motorcycle profiling when the Louisiana House voted 103-0 in favor of HB 141, and concurred with the Louisiana Senate’s 38-0 approval with amendments the day before. Following similar laws in Washington State (2011) and Maryland (2016), HB 141 requires motorcyclist profiling training to be integrated into current training on biased policing. Notably, Louisiana is the first state to pass a law following the US Senate’s unanimous approval on December 11, 2018 of a resolution directing every state to follow Washington and Maryland’s lead.

Louisiana’s victory, a result of Representative Howard sponsoring ABATE of Louisiana Inc.’s grassroots driven eﬀorts- with the support of the Louisiana Confederation of Clubs, the National Council of Clubs and the MPP- are important for a number of reasons. HB 141 will reduce incidents of profiling in the short and long-term. Also, HB 141 demonstrates that motorcycle profiling is a non-partisan issue impacting motorcyclists in blue and red states alike, regardless of party aﬃliation. This, in turn, will likely make things a bit easier for the next state, and even the federal government, to address the issue.

Using Washington State as the example with the most data, based on the reduction in reports to the WA State Council of Clubs, integrating motorcycle profiling training into current training on profiling noticeably reduced incidents of profiling in the state. The impact was immediate and, the MPP believes, most likely the result of an immediate increase in awareness.

Although some profiling incidents do still occur, reported incidents are nowhere near pre-2011 levels. Importantly, when challenged in court, most incidents that do occur result in dismissals. But the key to maintaining a reduction has been continued diligence from the same community that pushed for a new law in the first place.

Notably, laws addressing motorcycle profiling have been the result of legislation passed without a single no vote, in any committee or on the floor, in Washington State and Maryland. Louisiana proudly continues this trend with HB 141, also passing all legislative stages unanimously.

Laws addressing motorcycle profiling are nonpartisan, speaking to a broad base of legislators on both sides of the aisle. Louisiana is far more conservative than Washington State or Maryland. HB 141 demonstrates that discriminatory policing is equally condemnable by the left and the right, particularly the targeting of an entire community defined by the 1st Amendment. Motorcycle profiling is an issue providing the opportunity for collaboration and cooperation unbound by party aﬃliation that every legislator should openly support.

Many dismissals have been granted since 2011. Many of these individuals received advice or assistance from the COC. The MPP believes maintaining a grassroots infrastructure in Louisiana will be directly connected to the new law’s ultimate eﬀectiveness.

There are considerations beyond dismissals as well. For example, motorcycle profiling sensitivity training will be oﬃcial law enforcement policy in Louisiana providing a tangible basis for oﬃcial complaints filed against oﬀending oﬃcers. An eﬃcient organizational response to incidents that do occur will help insure the new law addressing motorcycle profiling is as eﬀective as possible.

May the dominoes fall

Every state that passes laws addressing motorcycle profiling makes the next state considering the issue more likely to act. This is particularly true when, in the legislative eﬀorts that have seen success, there has not been a single vote of opposition by an elected oﬃcial at the state or federal level.

Every successful eﬀort addressing motorcycle profiling has also been centered around a grassroots movement consisting of collaboration between independent motorcyclists and the motorcycle club community. Indeed, Louisiana is the most recent living example of why the MPP was founded and proof of the results that can be obtained, without opposition, by implementing the best practices and principles developed at the state and national level. 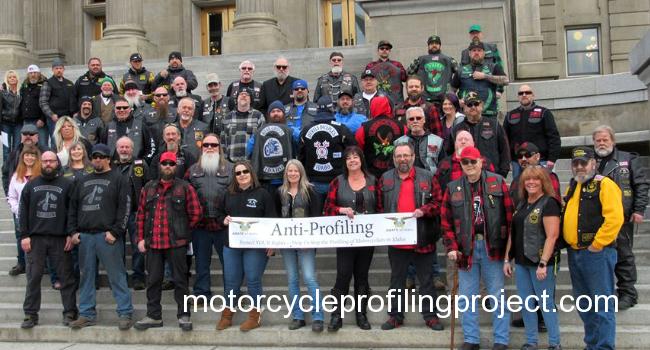 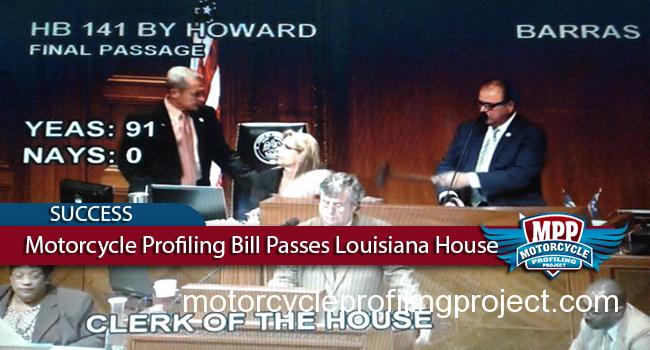 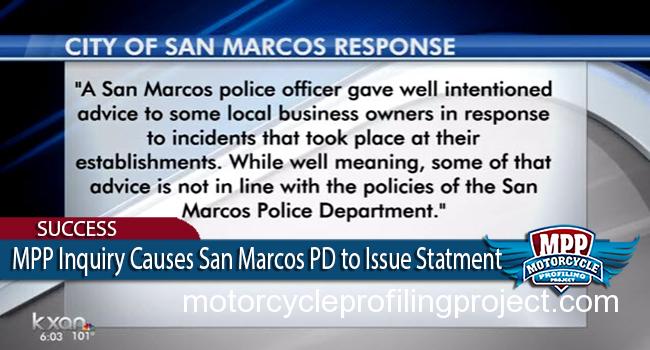