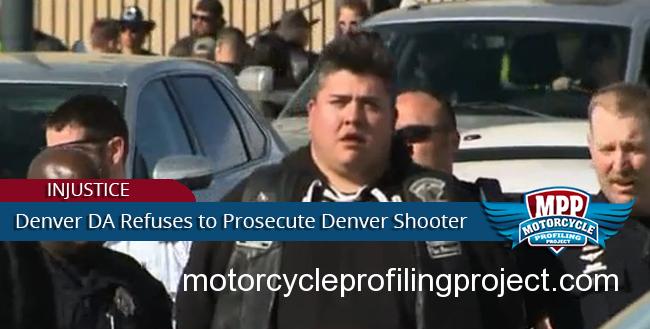 The Denver District Attorney’s office announced yesterday that no charges will be filed against “an off-duty Colorado Department of Corrections employee” who killed Victor Mendoza after provoking a conflict at the Colorado Motorcycle Expo on January 30th of this year.

“We have considered this a homicide investigation throughout,” Saunier said. “I believe we have done a complete and thorough investigation.”

But the District Attorney is claiming that the shooting was self-defense.

“The investigation confirmed that shots were fired by Mendoza and Derrick Duran, the corrections department employee” says a statement by the DA’s office.

The DA claims that “Duran fired the first shot, injuring one person. Within a minute, Mendoza shot at Duran, grazing his torso and hitting another man behind Duran. Duran then fatally shot Mendoza.”

But a source close to investigation has told the MPP “that the DA’s conclusion that Mendoza fired a shot is based on a single witness. That single witness is Duran, the Iron Order member that shot and killed Mendoza.”

This source had told the MPP that the Iron Order witness that was struck by a bullet after grazing Duran gives a conflicting statement. “The Iron Order member that was shot says that it wasn’t Mendoza that fired, it was someone in a red shirt that has not been identified.”

“Police found a Derringer, not licensed to anyone, that had been fired once and failed to fire a second time. There is nothing that connects the Derringer to Mendoza”, says the source.

Even if the DA’s version of the story were accurate the facts would still justify 1st degree murder charges against Duran. “Duran was waving and pointing a loaded weapon at a crowd of unarmed people”, says the source. Whoever shot and grazed Duran did so in self defense and in the defense of every innocent and unarmed person present.

Why would the DA defer to the witness with the largest conflict of interest?  This is particularly concerning considering that the Denver Police Department, after conducting hundreds of hours of investigations, submitted 1st degree murder charges against Duran to the DA.

The DA’s decision to ignore the conclusions of the Denver Police Department is outrageous. The pattern of evidence is undeniable. The Iron Order consistently provokes conflicts that result in the unjustified use of deadly force and the murder of Victor Mendoza is a clear example.  The DA’s decision is a slap in the face of Justice and also risks the very real possibility that the Iron Order and other clubs like them will continue provoking conflicts and more innocent people will be killed. Essentially, the DA has given a green light to murder. 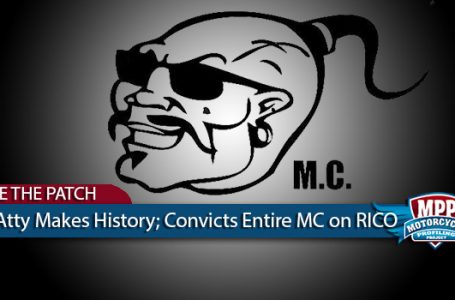