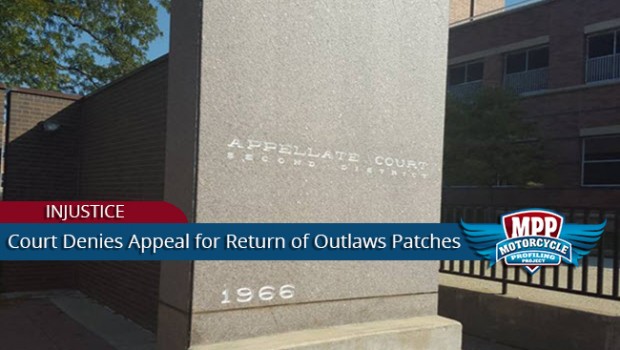 An Illinois Court of Appeals in affirmed a lower court ruling in People v. Black in Color Leather Vest with Attached Outlaws Motorcycle Club Patches, 2016 IL App (2d) 150495 (February 23, 2016), saying that 3 Outlaws Motorcycle Club patches were properly seized under the state’s Streetgang Prevention Act after defendants pled guilty to aggravated battery and mob action. This decision does not say that the government can take all Outlaws MC patches. This decision does say that motorcycle club colors may be seized from individuals wearing them during the commission of a crime.

This Decision Does Not Apply to All Outlaws MC Patches, BUT There is Always a Catch:

Claimant, the Outlaws Motorcycle Club, appeals from circuit court judgment ordering that 3 black leather vests with attached Outlaws’ patches be forfeited. Time frame in Section 40 of Illinois Streetgang Terrorism Omnibus Prevention Act to initiate forfeiture proceedings begins to run when trial court enters a conviction in underlying criminal proceedings. Defendants pled guilty to aggravated battery and mob action, and agreed to forfeit their jackets. As State initiated forfeiture proceedings within 60 days of date that Defendants pled guilty, State’s action was timely. Wearing vests facilitated Defendants’ goal of intimidation, to be achieved by violent means, if necessary, to show their dominance to others. Thus, court properly found that vests and patches were derivative contraband subject to forfeiture.(ZENOFF and SPENCE, concurring.)

Although this is not the same as seizing a club’s trademark, the court says, “Wearing vests facilitated Defendants’ goal of intimidation, to be achieved by violent means, if necessary, to show their dominance to others. Thus, court properly found that vests and patches were derivative contraband subject to forfeiture.”

The Outlaws’ also contended “that as the patches on the vests belonged to the organization, not its individual members, they were not subject to forfeiture.”  But the court disagreed and concluded, “Illinois law provides that property that is put to an illegal use can be confiscated without regard to the owner’s culpability.”

The court also conceded that “testimony clearly demonstrated that the defendants’ wearing their vests did not cause the violence.” However, the court argued expert “testimony showed that wearing the vests facilitated the violence. As this is all the statute requires, the trial court did not err in granting the State’s complaint for forfeiture.”

What Does This Mean for the Outlaws MC and All Patch-Holders?

The implications of the court’s conclusions are concerning. Merely wearing a patch on your vest can be considered intimidation through the threat of violence. What does this mean for concepts like self defense and deadly force?

Seizure of patches is becoming a more frequent element of prosecuting motorcycle clubs and their members. With the number of instances growing, there currently seems to be a legal bright line emerging concerning patch seizures. Individuals that have themselves been found guilty of committing a serious crime while wearing club insignia may have that property permanently seized.

Although authorities are attempting to move the bright line so they can seize an entire club’s name and trademark from all members, and they are spending millions of dollars attempting to achieve this goal, currently individuals that have not been found guilty of a serious crime are not subject to having property with club insignia seized.

But always remember that everything can easily change with the next court decision. 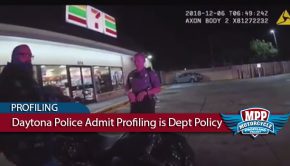 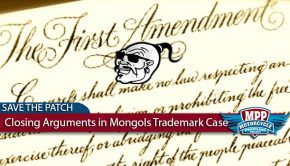 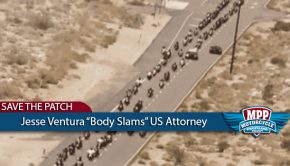