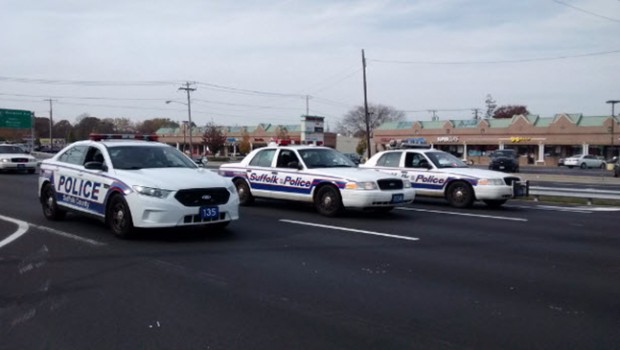 The unconstitutional harassment of the Pagans Motorcycle Club on Long Island continues at an accelerated pace. Following the militarized “show of force” at a charity event hosted by the Pagans MC October 17th, which resulted in massive civil liberty violations, the Suffolk County Police Department continues its campaign of unconstitutional harassment. The SCPD is confiscating the handguns of members of the Pagans MC that have no criminal record and have been issued legal permits by Suffolk County.

Motorcycle clubs, including the Pagans MC, are constitutionally protected associations and the right to bear arms is fundamental. “Anyone concerned with government overriding legal mechanisms allowing gun ownership should be highly concerned about law enforcement’s obvious attempts to disarm members of motorcycle clubs based on nothing more than association.” (See It’s Illegal For Motorcycle Club Members To Own Guns? that’s What Authorities Say August 25, 2015)

So what is the SCPD doing?  On Thursday October 22nd, the SCPD contacted a member of the Pagans MC and informed him that his legal permit issued by Suffolk County was under review because of his alleged membership in the Pagans MC. The SCPD requested that he come down to the station for an interview and bring all 10 of his legally purchased and registered handguns.

The member, in good faith, says he went down to the station with his legal handguns in order to be interviewed. This member has absolutely no criminal record and he had been legally issued a permit. He thought he could clear it up, he says.

But the SCPD had no intention of making an evaluation based on the interview. It is clear that the decision to confiscate this man’s legal handguns was made before he ever arrived. The member was given no real choice. He was told he could give up being a Pagan and keep his permit and guns. Police told him that it is illegal to own a gun in New York as a member of an outlaw motorcycle club like the Pagans. Police said there was recent Supreme Court precedent that confirmed the law.

The man says he was told that as a member of the Pagans his only options were to either voluntarily terminate his permit and turn his guns over or his permit would be involuntarily terminated and he would lose all of his guns unable to transfer them to a legal owner. And he says they warned he could spend thousands on an appeal which he would never win and still lose his property. The member, coerced into an impossible choice, says he voluntarily relinquished his permit and handed over his legally owned property.

Although any attorney will tell you that you should always have an attorney when dealing with law enforcement, and incidents like this are exactly why, SCPD’s actions are deplorable and inexcusable. The right to associate as a member of a motorcycle club, including the Pagans, has been confirmed by case law. (See How Waco Is Being Used To Decimate The 1st Amendment JUNE 26, 2015). Unfortunately, there is no law against the police lying to you, it happens in criminal investigations all the time, and they often get people to relinquish their own rights.

This man did not commit a crime. Law enforcement is defining membership in a group they label a gang as a crime (a group that has validated 1st Amendment protection) with no judicial check on due process for that determination.

“Simply carrying a legal gun as a member of a motorcycle club, including a 1% club, is not a crime.” This seems abundantly clear when an individual possesses a permit. “The courts have concluded that motorcycle club associations and colors, including 1% clubs, are protected by the 1st Amendment. It is not illegal to be in a club, otherwise they could arrest an individual for wearing colors. By this logic, you could be denied your right to vote.”  (See How Waco Is Being Used To Decimate The 1st Amendment JUNE 26, 2015)

“In a very real way, the fate of motorcyclists will serve as a blue print for other groups in the future. Disarming bikers is a strategy to cripple the rights base of one of the most visible and active grassroots social and political movements in America. Much of the movement’s efforts are to combat civil liberty abuses by law enforcement targeting motorcyclists. If bikers are successfully marginalized as criminals not worthy of baseline liberties, then the strength of our political movement exposing law enforcement abuses will be crippled as well. It’s a blueprint for social control in the 21st Century.” (See It’s Illegal For Motorcycle Club Members To Own Guns? that’s What Authorities Say August 25, 2015)