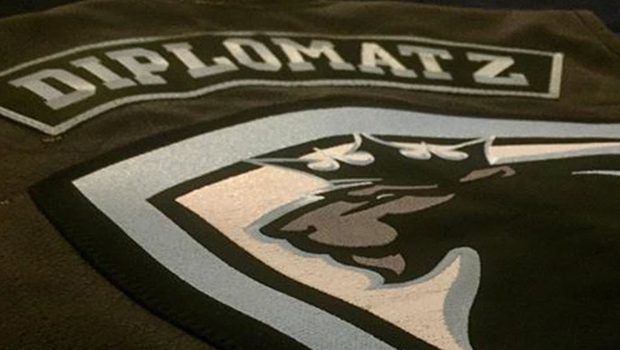 The Washington State Council of Clubs and US Defenders issued a Press Release yesterday (6/23/2017) condemning recent statements made by a Washington State Patrol (WSP) trooper to the media accusing a member of the Diplomatz Motorcycle Club of being responsible for  the recent theft of high-end motorcycles in Spokane.

No proof is offered to support these accusations other than highly prejudicial rhetoric about associating with other “outlaw motorcycle clubs.”  The WACOC and USD object  to these prejudicial statements because they are inconsistent with the state law condemning motorcycle profiling, inconsistent with constitutional principles, and they promote inaccurately dangerous threat assessments from law enforcement.

The Press Release ends by requesting that the WSP issue a public apology to the Diplomatz MC and all Washington motorcyclists.

The Washington State Council of Clubs (WACOC) and US Defenders (USD), organizations representing the interests of thousands of motorcycle club members and motorcyclists in the state, is outraged by recent news reports quoting representatives of the Washington State Patrol (WSP) accusing an unnamed member of the Diplomatz Motorcycle Club for a recent string of motorcycle thefts in Spokane. No evidence is offered to support these accusations other than reference to the Diplomatz association with “outlaw motorcycle clubs.”

The WSP’s statements are discriminatory and are diametrically opposed to the law addressing motorcycle profiling unanimously approved by the Washington State Legislature in 2011. Promoting discriminatory stereotypes is philosophically inconsistent with constitutional principles and also very dangerous. Stereotypes can drive law enforcement threat assessments and even deadly force.

On June 14, 2017 KREM News released a story titled, “Spokane high end motorcycle thefts believed to be by the Diplomatz Motorcycle Club.” The article begins by quoting the WSP:

“We have a group of individuals that has been targeting more of the high end sport bikes,”

But quickly the story begins making baseless accusations about the Diplomatz MC by promoting discriminatory stereotypes about motorcycle clubs.  No facts are offered.  Only conjecture intended to prejudice the general public and others in law enforcement.

WSP believes a member of the Diplomatz Motorcycle Club is behind the thefts.

“This particular group is associated with other outlaw motorcycle gangs that we’re aware of. We have detectives that’s all they do is track these groups and the criminal enterprises that they’re involved with,” said Trooper Sevigney.

Without offering any proof whatsoever, these motorcycle thefts are being blamed on a member of a club because the club he belongs to associates with other motorcycle clubs. This is irresponsible and condemns an entire club, and even an entire community, without a shred of evidence, merely by invoking the phrase “outlaw motorcycle club.”

The founder of the Diplomatz MC denies any involvement in any illegal activity and strongly objects to the WSP targeting his club and media sources perpetuating sensationalism. According to the founder:

“The Diplomatz MC was established in 2011. Our club promotes positivity and community involvement within the motorcycle community. We annually participate in breast cancer, lung cancer, and diabetes awareness. We also participate in feeding the homeless and back to school drives.”

The WSP’s statements to the media regarding the Diplomatz is not only prejudicial, these statements also put members of the Diplomatz in potential danger. The constant barrage of negative stereotyping relating to bikers logically contributes to how motorcyclists are profiled and treated on the side of the road. Many motorcyclists are treated by police as if they are dangerous, even during simple traffic stops.

A study conducted at the University of Chicago in 2007 concluded that stereotypes in the newspaper reinforces a danger bias in the reader influencing the decision to shoot a target, even an unarmed target. The study says:

“In the domain of criminal justice, category-based judgments can have profound consequences through….the spontaneous, split-second reactions of a police officer.”

The Diplomatz are Constitutionally Protected

Motorcycle clubs, including the Diplomatz, that are labeled outlaw clubs or gangs by LE, are 1st Amendment protected associations.

“In fact, the Supreme Court has long “disapproved governmental action . . . denying rights and privileges solely because of a citizen’s association with an unpopular organization.” Healy v. James, 408 U.S. 169, 185-86 (1972).

To permit law enforcement officers to vilify an entire club:

“without regard to or  knowledge of that individual’s specific intent to engage in the alleged violent activities committed by other members, is antithetical to the basic principles enshrined in the First Amendment and repugnant to the fundamental doctrine of personal guilt that is a hallmark of American jurisprudence.”2

WSP Should Issue a Public Apology

The WSP should issue an official apology to the Diplomatz MC and the entire motorcycle community for promoting discriminatory stereotypes through media connections. Media bias promotes unconstitutional and dangerous behavior inconsistent with the goals of Washington State and the US Constitution.