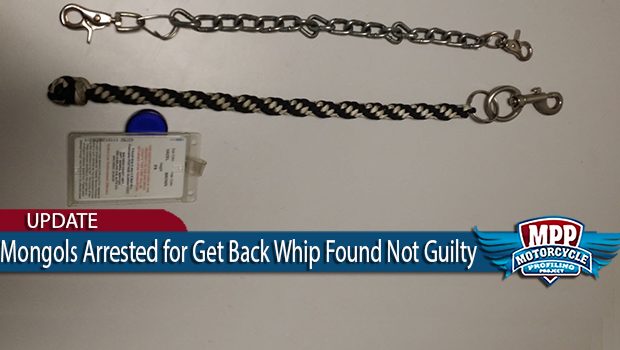 Motorcycle profiling is an epidemic in California and this fact is perfectly illustrated by recent actions targeting motorcycle club members by the San Diego Police Department. Specifically, one Detective Timothy Coyle has recently been targeting motorcycle club members with harassment and frivolous criminal charges related to the possession of weaved leather decorations as slung-shots, commonly called “Get Back Whips”. Documented incidents prove Detective Coyle has been targeting members of the Mongols and Chosen Few Motorcycle Clubs, harassing them, and arresting them frivolously.

Official complaints have been filed and last month a jury in San Diego rejected Coyle’s tactics and found two Mongols MC members not guilty related to illegal weapons charges deriving from so called “Get Back Whips.” Members of the Chosen Few MC are currently awaiting trial on the same charges, again involving Coyle.

This type of discrimination and profiling is unacceptable and must not be tolerated. Legislation prohibiting motorcycle profiling in California would be a cost efficient and effective solution.

Mongols Arrested For Get Back Whips

Dr. William Dulaney, an established expert witness in cases involving motorcycle clubs, recently wrote to the MPP regarding a recent case in which he consulted.

The Story- Two members of the Mongols MC were arrested on illegal weapons charges south of San Diego, California in May 2015 while riding with over 30 other Mongols members and five friends. “Specifically, two members were arrested and charged with illegally possessing “slung shots”, commonly called get back whips,” says Dulaney. (Note that at the time of the incident one of the men was not yet a member.) The group was on its way to their annual World Run held in Mexico.

After exiting the U.S. border, the entire pack of riders were directed to a large inspection area bounded by concrete barriers. There ATF Special Agent Ciccone and other police officers searched several members of the Mongols, including the 2 ultimately charged, “but it was San Diego Detective Timothy Coyle who interpreted a key chain and a decorative braided belt chain as slung shots,” says Dulaney.

The prosecution was based on Detective Coyle’s claims he submitted in his report to the court for trial and under oath that, “These slung shots are commonly carried by outlaw motorcycle gang members to be used as a readily available weapon. The weapon is swung at the intended target with the metal clip striking the victim.” (Official Report, “Investigation” section, pg. 6). Indeed, “Coyle goes on to claim that he has ONLY observed these items used as weapons,” writes Dulaney.

But the jury did not agree and both Mongol MC defendants were acquitted. Perhaps they were persuaded by the fact that the defendants were not wearing weapons or whips? Indeed, one defendant was wearing, clipped to his vest, “a 10” keychain made of braided nylon parachute cord and a metal clip similar to clips used on dog leashes.” The other defendant wore “attached to his belt a roughly two-foot decorative chain with nylon parachute cord wound through the chain links.”

According to Dulaney, Coyle was unable to answer, under oath, when asked about the history of the slung shot. He stated into the record that he is unaware of any such history. Ever hear the one about David and Goliath?

But maybe most telling was the fact that the officer ordered to take the defendants into custody and to jail “apologized to them both for not having a clue why they were being arrested. Evidence corroborating the claims here is found in the very words used by the arresting officer on the official report,” says Dulaney.

Indeed, “Coyle is making a name for himself as the biker slung shot expert,” says Dulaney.  Unfortunately, the Mongols incident is not isolated. Members of the Chosen a Few MC are still awaiting their trials for identical charges. Again, Detective Coyle is involved in their incident as well.

Official complaints have been filed against the officers involved, and one can only hope that another jury will see through this type of discriminatory policing in San Diego particularly considering that Detective Coyle appears to be a common denominator in these recent incidents of discrimination.

The actions of the SDPD are inexcusable. Targeted harassment of motorcycle clubs based solely on association is a baseline violation of an individual’s civil liberties. A simple legislative solution exists that immediately reduces profiling. Other states like Washington and Maryland faced similar discrimination and responded by passing laws prohibiting motorcycle profiling. These laws have been effective reducing discriminatory stops and preserving the right of motorcyclists to travel free from harassment. 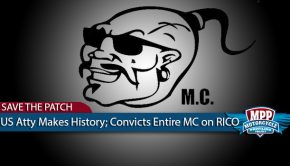