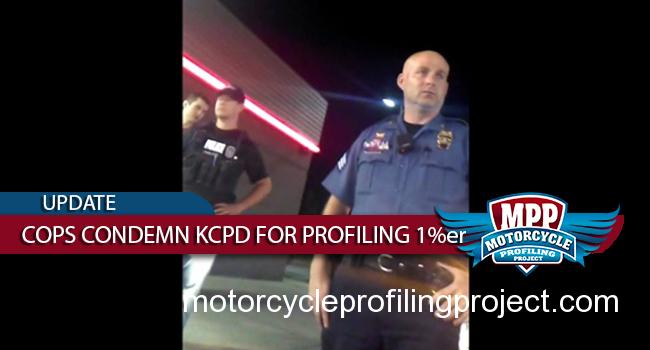 In response to a recent story (found HERE) relating to an off duty KCPD officer discriminating against 1%’ers under the color of state law, police officers from around the country voiced disgust, embarrassment and condemnation of KCPD officer Marchant’s despicable behavior. Speaking out against law enforcement corruption is a moral obligation accepted by those that choose to protect and serve. Motorcycle profiling is an epidemic in many parts of America and this internal recognition may help explain to legislators that issues of discrimination are tangible and necessitate legislative relief.

Other LE Embarrassed By The KCPD

The following comments were posted by current and former law enforcement officers from around the country. The recurring theme repeatedly expressed is the embarrassment felt by other officers in response to seeing officer Marchant’s behavior.

“As a retired police officer in a major US city I have always been embarrassed by many of the actions of KCPD. After retiring, I returned to Kansas City and opened a private investigative firm. The embarrassment continued. If you question my attitude, visit one of the police stations in Kansas City, and ask them a question. You will be rebuffed and if you continue you will be threatened. By the way the same goes for St. Louis, but then they are under state control.

I’m proud of my service and so ashamed of KCPD. Please don’t get me wrong. Some of the officers do fine jobs within the constraints they are held under.”

“Crazy, there is no reason (in the video) for that behavior. As a cop I am embarrassed. Does not matter what the patch says. Treat people the way you want to be treated and life goes on. Save the enforcement action for a time when needed and deserved not  “just because”.  I sign my tickets when I mess up, that is life.”

“As a retired CPD Sergeant, Biker and lifelong friend of several Hell’s Angels, I find the actions of these Police Officers, lack experience and professionalism. Also bordering on embarrassing.

A possible [non-confrontational] sit down meeting of both parties, to get to know and understand each other, could result in a beneficial mutual relationship.”

This type of insight is important because it helps shatter the blue veil of secrecy and corruption. Law enforcement is supposed to stand up for what is right, ethical and legal. As previously reported, Quick Trip has terminated  officer Marchant’s employment as a result of his discriminatory behavior. Although the KCPD may deem that the opinion of other bikers is biased, the perspective of other officers ought to lend insight into the correct response. The KCPD should follow suit and terminate officer Marchant’s employment based on his discriminatory, unprofessional, and morally bankrupt lack of moral character.

Finally, the Missouri state legislature should use this insight to motivate legislative relief in the form of a law addressing the issue of motorcycle profiling. Legislation provides a cost efficient and effective solution to a pervasive problem in Missouri that can no longer be denied. 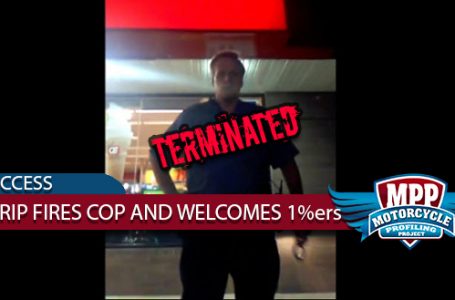