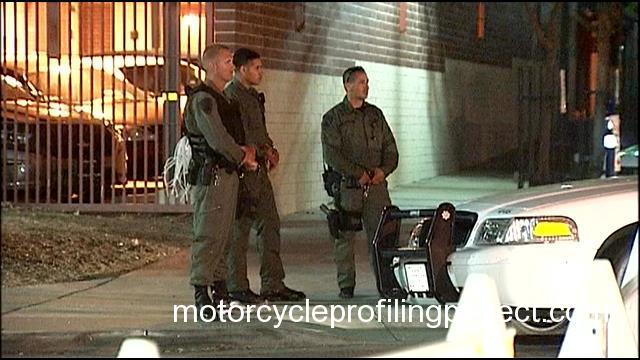 Paramilitary policing is a reality in California.

If “distaste for the police” is the criteria law enforcement uses to justify massive militarized responses, no one in America is safe. 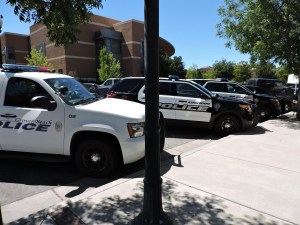 In light of the recent shootout in Waco Texas, the backup support was brought in. On June 19th, there were officers stationed around the station wearing bullet-proof vests, acting as potential, “bullet bouncers,” according to a San Luis officer interviewed by the Paso Robles Daily News.

The operation defies logic. A massive, multi-agency militarized task force based on no specific threat or report of a threat?  A massive multi-agency military-style operation to fortify the police station and City Hall based on nothing but stereotype and fear. In fact, citizens reported in calls and emails that “they’d never seen anything like it.  Some of them felt unnerved and unsafe.”

When challenged to justify the operation, the Paso Robles Chief of Police Robert Burton said his department upped enforcement “to help protect the community against a documented gang organization and be prepared in case violence broke out.”

No particularized threat. No reasonable suspicion. No probable cause to believe that a violent crime was occurring, or was about to occur. Promoting mass fear based on unrelated incidents that have zero to do with Paso Robles. In fact, the opposite was true and this fact is acknowledged by authorities.

Police acknowledge that there was no specific threat or danger. No threats against police. Police admit that they have never had any problems with the Vagos or any motorcycle clubs in Paso Robles.  Nothing but unrelated tragedies used to promote fear in order to justify a militarized response to a non-emergency situation.

Imagine the amount of resources involved in an operation of this scope. The overtime. The equipment. The planning. A gross mismanagement and expenditure of public resources based on zero actual threat.  The only measurable result was to further instill fear in average citizens watching the American police state in action and the unconscionable waste of precious public dollars. This should disgust and infuriate every American.

Citizens must unite in the grassroots effort to end militarized policing in America by proposing and supporting policies and legislation designed to reverse militarized law enforcement. We must get active.

We need solutions that limit the circumstances in which SWAT or other paramilitary teams are deployed and solutions that reinforce the distinct differences between a militarized and tactical mindset and community policing. High powered tactical units should be reserved for the rare emergencies where there is probable cause to believe that there is a violent crime occurring, or there is an imminent threat that it will occur without police intervention. (See: How To Prevent Another Militarized Police Massacre)

It is imperative that we strive for a society in which we do not look for a police officer and instead see a soldier.

This article obtained it’s factual information from the following sources: