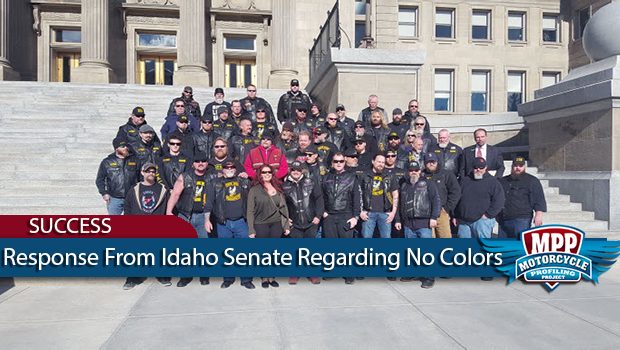 After individuals were forced to remove their motorcycle club colors before entering the Idaho Senate viewing chambers to observe a vote on a bill addressing motorcycle profiling on March 4th, ABATE of Idaho sent a letter to every legislator in Idaho requesting an end to this discriminatory practice on March 8th.

The President Pro Tempore, Senator Brent Hill, initially responded by apologizing for any inconvenience, but the policy going forward was not clearly stated in his response. So ABATE of Idaho pressed forward requesting an explicit policy. Senator Hill responded in writing that individuals wearing motorcycle club colors would not be denied access to  Idaho Senate Chambers going forward.

Although S1109, which would have prohibited motorcycle profiling, failed by one vote on the floor of the Senate this year, this incident and outcome move motorcyclists one step closer to legislative protection and further reinforces the importance of fighting back.

ABATE sends cease and desist to every legislator in Idaho 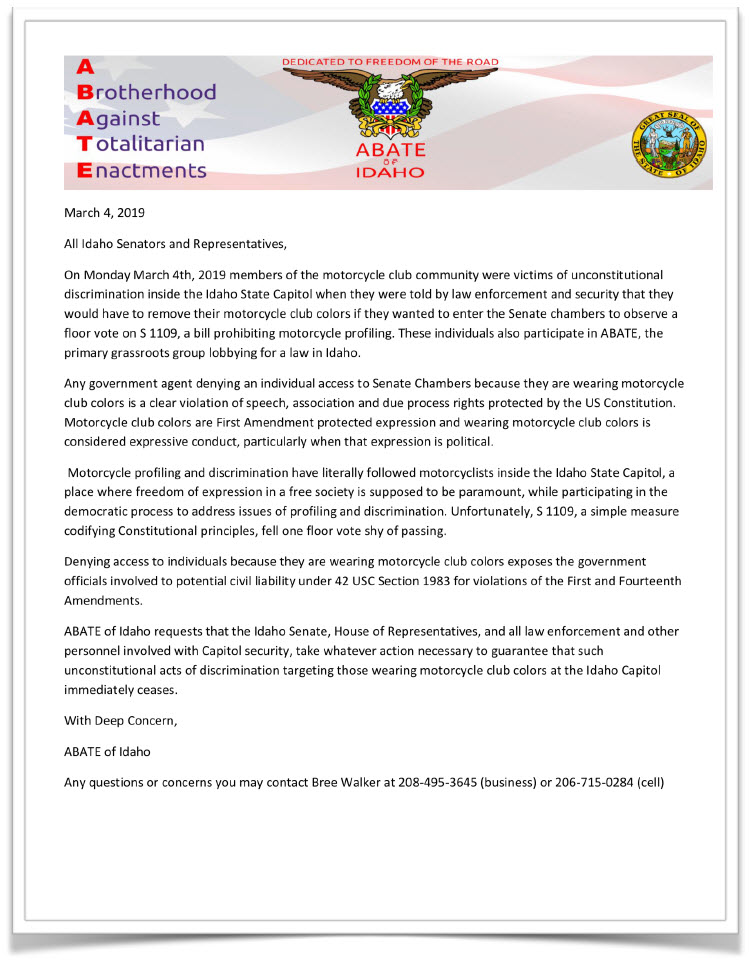 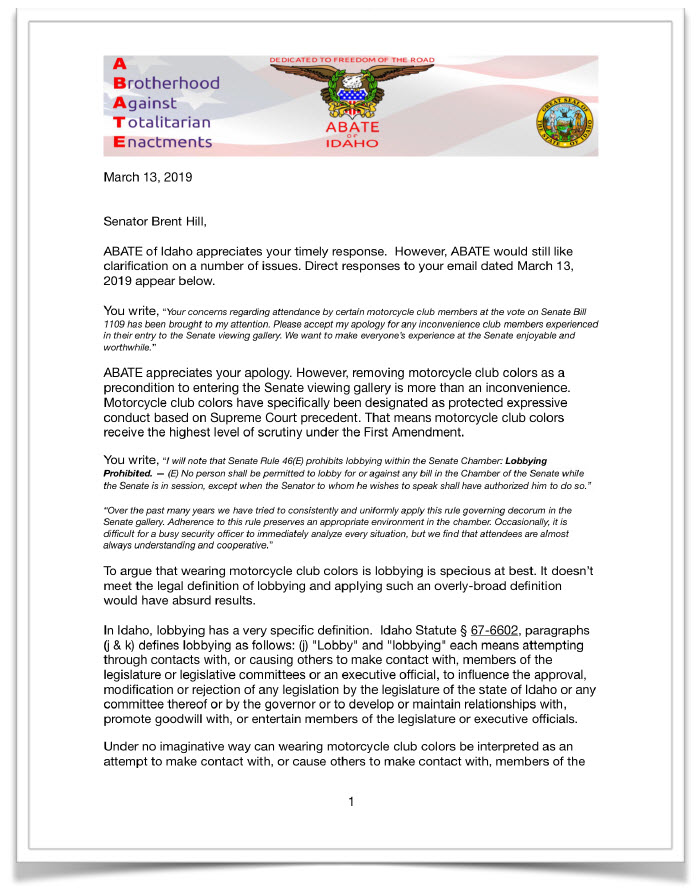 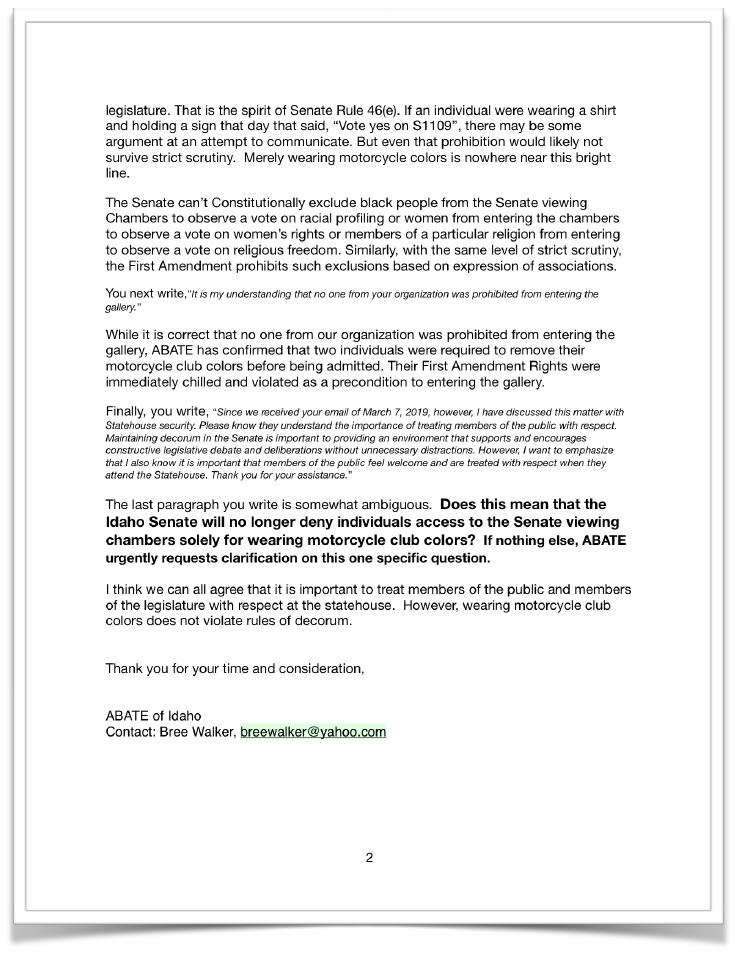 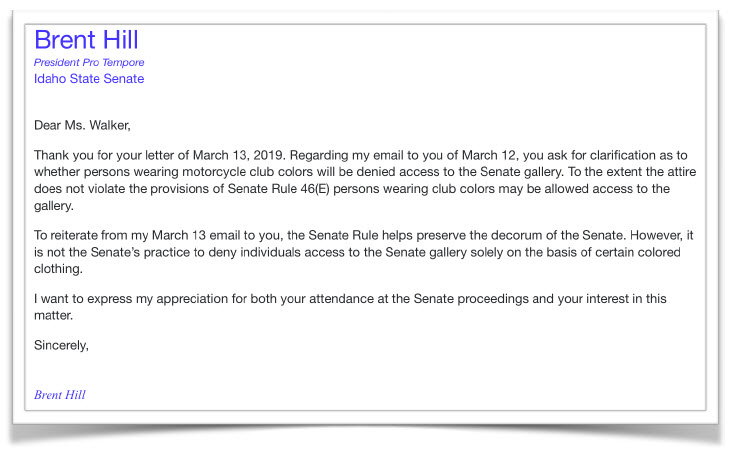 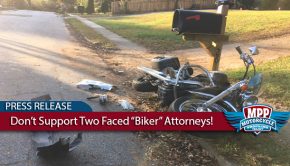