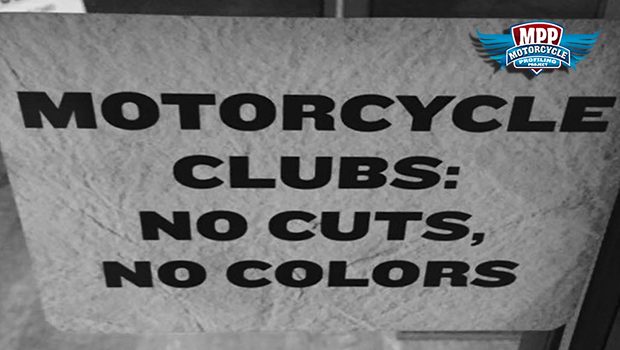 The Department of Alcoholic Beverage Control (ABC) of Virginia recently sent 30 letters to bars and restaurants in the Central part of the state warning that their licenses could be revoked for allowing Outlaw Motorcycle Gang members to patronize their establishments.1 Although not directly demanding action in the form of “no motorcycle club colors” policies, that is the intended result of this coercion.

Government discrimination is illegal in any form. Wearing motorcycle club colors, including those labeled OMG’s by law enforcement, is protected by the 1st Amendment. Independently, coercing bar owners violates their constitutional right to pursue an occupation as established by case law.

Unfortunately, what’s happening in Virginia is a national epidemic occurring in states coast-to-coast. The unconstitutional practice of government agents coercing public establishments that serve club members must stop. The 1st and 14th Amendments demand it.

According to the National Motorcycle Profiling Survey 2015-2016, an alarming 42% of survey participants reported knowing of a business being forced not serve club members. Forms of harassment and coercion includes excessive code enforcement violations, threatening denial or renewal of liquor license and or permits, and police harassment of customers and business owners. 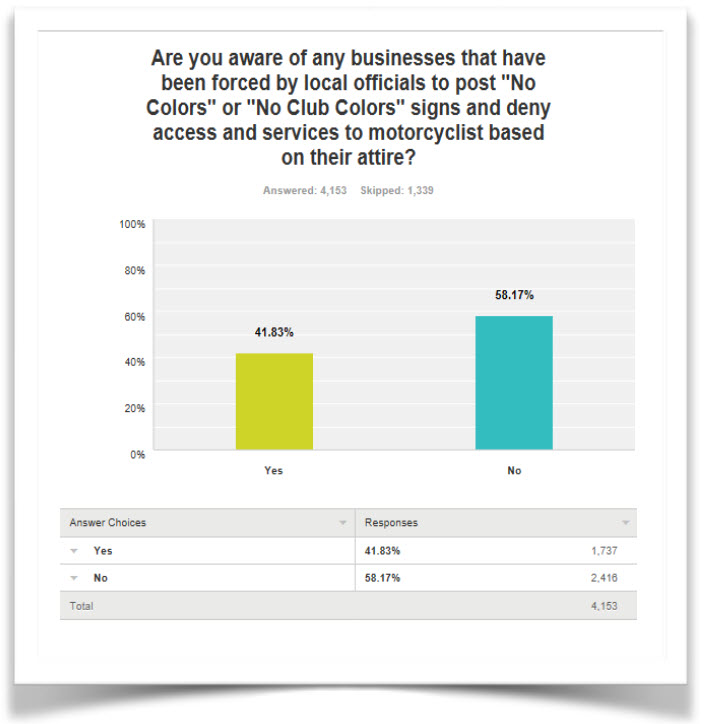 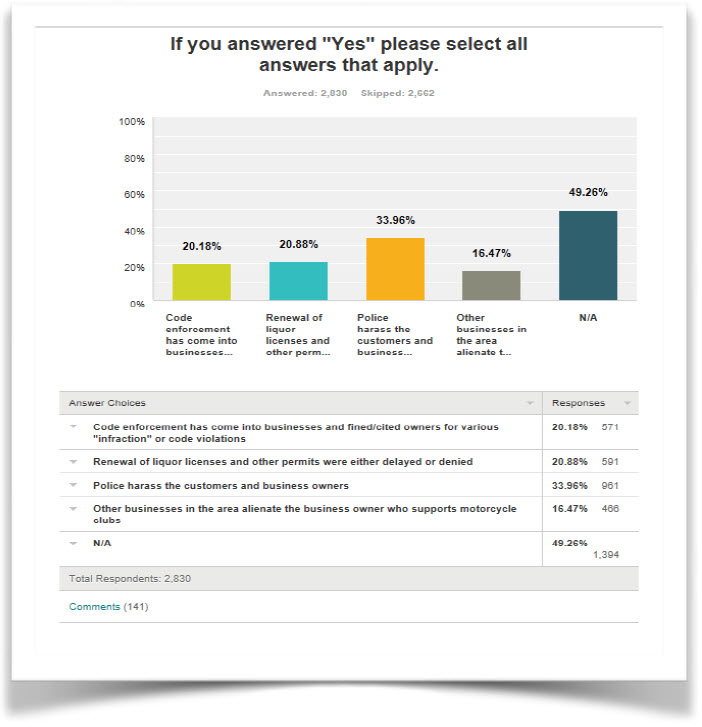 Although maintaining a safe environment is definitely in the state’s interest, federal case precedent says that government restrictions on motorcycle club colors are unreasonable, and therefore unconstitutional, “absent a showing in the record of an actual (or realistic threat of) interference or disruption.” Any restrictions must be narrow and “specific to particular cases involving rival organizations.” 2

The government pressuring for a general access ban on persons wearing motorcycle club clothing (including clubs labeled OMG’s) would therefore be an unreasonable restriction on 1st Amendment expression.

This precedent has been specifically applied to motorcycle club colors, including those labeled OMG’s by law enforcement. In Sammartano v. First Judicial District Court (2002), 10 members of motorcycle clubs, including the Hells Angels Motorcycle Club, were denied access to a courthouse in Carson City, Nevada based on the fact that they were wearing their club colors. They refused to remove their colors and were arrested  for trespassing. The Court of Appeals concluded that this was unconstitutional because  it violated their 1st Amendment rights to expression.4

Police often assert that motorcycle club colors are gang attire and could cause a potential threat of violence and intimidation. But the Court finds these generalizations insufficient, concluding that “a total ban on this expressive activity…is “an unreasonable means” of preserving a safe environment.

Any restrictions must be narrow and specific “to particular (apparently hypothetical) cases involving rival organizations.”  But a general ban on motorcycle club colors is unconstitutional “absent a showing in the record of actual (or realistic threat of) interference or disruption.”

There is “no evidence that by merely wearing [1% motorcycle club] “colors,” an individual is “involved in or associated with the alleged violent or criminal activity of other [1% motorcycle club] members. It is a fundamental principle that the government may not impose restrictions on an individual “merely because an individual belong[s] to a group, some members of which committed acts of violence.”  In fact, the Supreme Court has long “disapproved governmental action . . . denying rights and privileges solely because of a citizen’s association with an unpopular organization.” Healy v. James, 408 U.S. 169, 185-86 (1972).

To permit [law enforcement officers] to impose restrictions on any person “who wears the insignia of [a 1% motorcycle club], without regard to or knowledge of that individual’s specific intent to engage in the alleged violent activities committed by other members, is antithetical to the basic principles enshrined in the First Amendment and repugnant to the fundamental doctrine of personal guilt that is a hallmark of American jurisprudence.” 5

Coercion Infringes On A The Constitutional Right To Pursue An Occupation.

The implication of coercion goes beyond the 1st Amendment. The practice of law enforcement or other government actors, such as liquor control agents, harassing and threatening owners of public establishments because they allow motorcycle clubs to patronize their establishments is unconstitutional. The right to pursue an occupation is  a fundamental liberty protected under the Due Process Clause. According to the Supreme Court, the Due Process Clause of the 14th Amendment protects a liberty or property interest in pursuing the “common occupations or professions of life.” 6 The constitutional right infringed in cases of excessive and unreasonable LE conduct is “the right to pursue an occupation.” 7