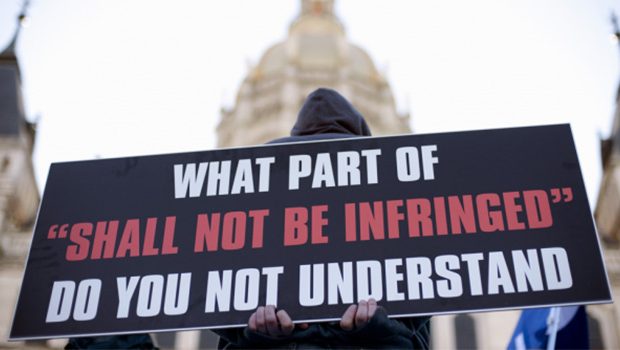 John is a member of a motorcycle club and a proud Texas biker. He is a hard working family man, a degree professional, and has never been charged with a crime. Recently, while riding his motorcycle, and wearing his club colors, he was pulled over by police in Fort Worth for failure to signal before changing lanes. He immediately gave the police his CHL, his license and insurance.

But the real motive of officers soon became apparent, and John was harassed with questions regarding his club and the patches on his black denim vest. They asked to search his motorcycle but he refused to consent without a search warrant. There was no basis for a warrant and the officers knew it. But after the officers spoke back and forth with their Sgt., he was arrested for failure to use a turn signal.

Pictures were then taken of John, his vest, and his bike. Officers then proceeded to search his motorcycle incident to the arrest for a minor traffic infraction. Officers broke his locked saddlebags in order to search them. They found nothing! But his legal weapon was confiscated and the police are refused to release it. Moreover, officers in Fort Worth have filed with the state to have his CHL rights taken away.

John’s story epitomizes the issue of motorcycle profiling, most often taking the form of a pre-textual traffic stop initiated to harass and search motorcyclists based on appearance and protected associations. In many states, traffic infractions are crimes subject to arrest, which in turn allows officers to legally search you and your vehicle.

John’s story also demonstrates a newly emerging trend where members of motorcycle clubs have their weapons seized and/or their legally obtained concealed carry licenses revoked for no other reason than appearance and association.

Targeting individuals with concealed carry permits makes little sense from a law enforcement perspective. In order to obtain a permit, an individual must pass extensive background checks and have no relevant criminal history. Individuals with permits, even motorcycle club members, are not convicted gang members or violent criminals. Is stereotype really that much stronger than reality? And even if it is, shouldn’t motorcyclists attempt to do something about it?

There has been a longstanding position taken by many motorcycle rights advocates to avoid mixing politics with other political coalitions. But gun rights may be the one exception. The impact of motorcycle profiling on 2nd Amendment rights strikes at the political and philosophical heart of most motorcyclists and many Americans generally. Rethinking this perspective may be in order.

Building a partnership between the 2nd Amendment and the motorcycle rights lobby, based on legitimate policy crossover and issues of profiling (gun owners are profiled too), provides the potential for a coalition that expands the manpower of both movements based on fundamental liberties.